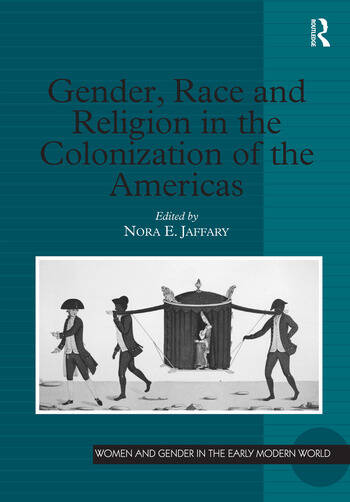 Gender, Race and Religion in the Colonization of the Americas

When Europe introduced mechanisms to control New World territories, resources and populations, women-whether African, indigenous, mixed race, or European-responded and participated in multiple ways. By adopting a comprehensive view of female agency, the essays in this collection reveal the varied implications of women's experiences in colonialism in North and South America. Although the Spanish American context receives particular attention here, the volume contrasts the context of both colonial Mexico and Peru to every other major geographic region that became a focus of European imperialism in the early modern period: the Caribbean, Brazil, English America, and New France. The chapters provide a coherent perspective on the comparative history of European colonialism in the Americas through their united treatment of four central themes: the gendered implications of life on colonial frontiers; non-European women's relationships to Christian institutions; the implications of race-mixing; and social networks established by women of various ethnicities in the colonial context. This volume adds a new dimension to current scholarship in Atlantic history through its emphasis on culture, gender and race, and through its explicit effort to link religion to the broader imperial framework of economic extraction and political domination.

Nora E. Jaffary is Assistant Professor of History at Concordia University in Montreal. She is also the author of False Mystics: Deviant Orthodoxy in Colonial Mexico.

'With outstanding documentation of the importance of local conditions in defining historical outcomes and paying equal attention to North, South, and Central America, Nora Jaffary’s compilation is a welcome contribution to the rapidly expanding field of Trans-Atlantic� studies.' Christine Hunefeldt, University of California-San Diego, USA. ’This inclusive volume offers a multitude of amendments to contemporary scholarship rather than reproducing standard understandings of the early modern Atlantic world. The essays contradict any assumptions of cultural, social, or political unity in the Americas. Instead they illuminate disparate perspectives. ... The articles themselves offer brilliant insights into the highly gendered world of colonial women and the ways in which navigation of existing paradigms either challenged or hindered women of many races, backgrounds, and religious dispositions. Each article presents new insights and points of discussion, and the selection of these pieces should be commended.’ Signs: Journal of Women in Culture and Society ’This volume greatly adds to studies of the trans-Atlantic world and knowledge of gender as a constitutive element of American colonialism in all its permutations. ... This book advances our understanding of religion and its relationship to the shifting nature of gender and race. In addition, its specificity by time and place demonstrates the creation and persistence of social identities and practices in the early modern Americas.’ Seventeenth-Century News

Gender, Race and Religion in the Colonization of the Americas