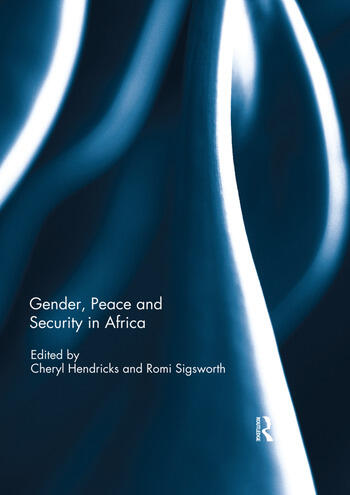 Gender, Peace and Security in Africa

There is often a moment in time that acts as a rallying point around a particular issue. 2015 was one of those moments for women, peace and security as numerous landmark anniversaries were celebrated in the field. Africa has, in many ways, been the global laboratory for the gender, peace and security agenda, not only because of the number of conflicts occurring on the continent but also because African regional organisations, governments and civil society organisations have been at the forefront of striving for gender equality and implementing United Nations Security Council Resolution 1325. This book explores gender, peace and security in Africa from multiple angles, including: the conceptual and implementation challenges and shifts around women, peace and security in Africa over the last 15 years; women’s role as combatants in national liberation forces in South Africa; the dynamics of gender in the military through the lens of Kenyan women combatants; food security through a feminist lens; and a series of case studies on the nexus between gender and security in Zimbabwe, Nigeria, Madagascar, the Democratic Republic of Congo, Kenya and Somalia. This book was previously published as a special issue of the African Security Review.

2. The convergence and divergence of three pillars of influence in gender and security
’Funmi Olonisakin, Cheryl Hendricks and Awino Okech

4. Feminine masculinities in the military: The case of female combatants in the Kenya Defence Forces’ operation in Somalia
Mokua Ombati

6. A case study of gender and security sector reform in Zimbabwe
Netsai Mushonga

9. Sexual and gender-based violence in the Democratic Republic of Congo
Yolanda Sadie

10. Kenya and Somalia: Fragile constitutional gains for women and the threat of patriarchy
Hawa Noor Mohammed

Cheryl Hendricks is a Professor and Head of Political Science at University of Johannesburg. She has worked in the field of gender, peace and security, and security sector governance for well over a decade. She has worked extensively with civil society organisations on gender and security.

is Editor of the African Security Review and Gender Specialist at the Institute for Security Studies. She has worked on various gender-related topics in South Africa and on the African continent for a decade.

Gender, Peace and Security in Africa