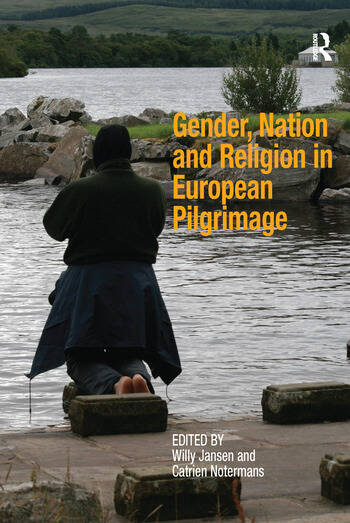 Despite the forces of secularization in Europe, old pilgrimage routes are attracting huge numbers of people and given new meanings in the process. In pilgrimage, religious or spiritual meanings are interwoven with social, cultural and politico-strategic concerns. This book explores three such concerns under intense debate in Europe: gender and sexual emancipation, (trans)national identities in the context of migration, and European unification and religious identifications in a changing religious landscape. The interdisciplinary contributions to this book explore a range of such controversies and issues including: Africans renewing family ties at Lourdes, Swedish women at midlife or young English men testing their strength on the Camino to Santiago de Compostela, New Age pilgrims and sexuality, Saints’ festivals in Spain and Brittany, conservative Catholics challenging Europe’s liberal policies on abortion, Polish migrants and French Algerians reconfiguring their transnational identity by transporting their familiar Madonna to their new home, new sacred spaces created such as the shrine of Our Lady of Santa Cruz, traditional Christian saints such as Mary Magdalene given new meanings as new age goddess, and foundation legends of shrines revived by new visionaries. Pilgrimage sites function as nodes in intersecting networks of religious discourses, geographical routes and political preoccupations, which become stages for playing out the boundaries between home and abroad, Muslims and Christians, pilgrimage and tourism, Europe and the world. This book shows how the old routes of Europe are offering inspirational opportunities for making new journeys.

Willy Jansen is an anthropologist, professor of gender studies at Radboud University Nijmegen and member of the Royal Netherlands Academy of Arts and Sciences. She is particularly interested in religion as an important cultural code for gender, and has published widely on topics connected with this theme. Catrien Notermans is an anthropologist at Radboud University Nijmegen. She has been doing long-term anthropological research in East Cameroon, concentrating on religion, gender and kinship. In Europe and South Asia she has conducted fieldwork on pilgrimage, focusing on the ways in which women use religion as a powerful practice in less powerful circumstances, such as illness and migration. Together with Willy Jansen she has supervised the comparative research project 'The Power of Pilgrimage'. Her most recent research concentrates on gender and ethnicity in the Lourdes pilgrimage of African migrants in Europe (and especially France) and is part of the European project entitled Gender, Nation and Religious Diversity in Force at European Pilgrimage Sites.

’This intriguing collection of essays examines the role of pilgrimage in shaping the religious and political landscape of contemporary Europe. Including chapters on a wide range of pilgrimages, from those to established sites such as Lourdes to Mary Magdalene pilgrimage to Southern France, the authors present a vivid picture of the ways that such religious journeys shape, and in turn are shaped by, shifting constructions of gender, identity, nationalism, and the geography of the sacred in Europe today. A valuable contribution to the expanding anthropological literature on pilgrimage.’ Jill Dubisch, Northern Arizona University ’This is a hugely important volume for anyone wanting to understand the growing significance of pilgrimage in Europe and even beyond. Much more than an escape from everyday life, pilgrimage is shown to be a key site for the understanding of gender identity and nationhood, but also of the ways in which people make their bodies, religious engagements and cultures in the contemporary world.’ Simon Coleman, University of Toronto, Canada ’This book emerges as an enthralling testimony to the pilgrim’s life, written by present-day anthropologists. We see the drifts of spirit hungry people criss-crossing the Europe of today.’ Edith Turner, University of Virginia, USA 'Overall, the strength of fieldwork and nuances in analysis sustain the interest of the reader throughout. ... it is the wealth of detail and personal contact with pilgrims and shrines that convince the reader of the analysis. The book teaches us that pilgrimage is complex, multivocal, and very seldom predictable, while to study it provides the student with an extremely useful insight into the cultural mix of nations and traditions in contemporary Europe.' Journal of Contemporary Religion 'The contributions in the book are highly original. Therefore it is a recommendable collection of new interpretations of an old research topic. It is clear that big pilgrimage sites fun