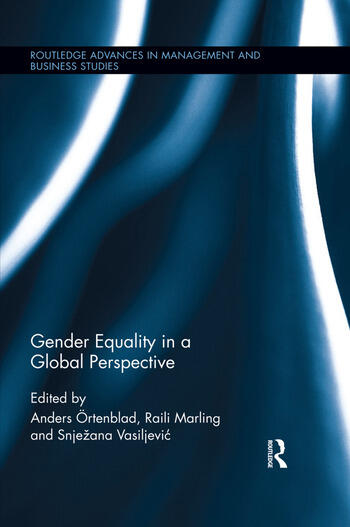 Gender Equality in a Global Perspective

This book is situated within the tradition of comparative gender studies. While most other such books take up and compare various ways of implementing (or not implementing) gender equality, this book studies and compares whether or not (and to what extent) a specific definition of Gender Equality (GE) could be adopted by various nations. Thus, all chapter contributors will engage with the same definition of GE, which will be presented within the book, and discuss the possibilities and constrains related to applying such a definition in their particular national context.

The readers will learn about the problems of applying a universal concept of Gender Equality and the possible reasons for and modes of adapting Gender Equality to different contexts. Gender Equality in a Global Perspective looks to maintain a critical and reflexive stance towards the issues raised and will seek to present multiple perspectives and open-ended answers. As such it hopes to contribute to the international discussion of human rights more broadly and Gender Equality specifically.

The intended audience is not limited only to but will include policy makers, scholars and students with an interest in Gender issues, Organizational Theory, Political Science, Human Development, Policy Analysis, Globalization and other management sub-disciplines.

1. Introduction: Different Dimensions of Gender Equality in a Comparative Perspective

3. Gender Equality in the Arab and Muslim World: Whither Post-Revolutionary Egypt?

5. A "Fair Go" in the Lucky Country? Gender Equality and the Australian Case

8. Gender Equality in the United States

12. Commentary: The Nature and Impact of Gender Equality Initiatives Around the Globe – Tensions and Paradoxes

Anders Örtenblad is Professor of Organization and Leadership at Nord University, Norway.

is Associate Professor of American Studies at the University of Tartu, Estonia.

is Professor of European Law and Fundamental Rights, European Anti-discrimination Law, EU Law and Gender at the Zagreb University, Croatia.

Gender Equality in a Global Perspective