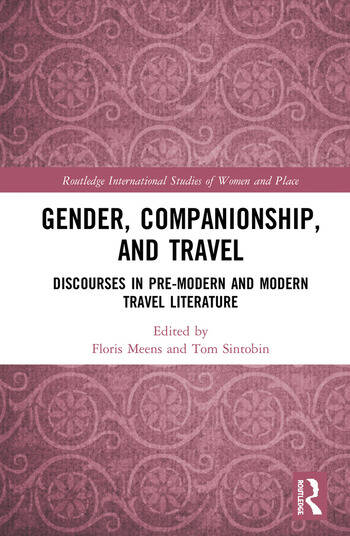 Over the last couple of decades there has been a strong academic interest in how individuals interact with each other while en route. Yet, even if various studies have informed us about present-day realities of travel companionships, we know little about the influence of gender both on these realities, as well as on the discourse in which these are being narrated.

This book aims to establish an agenda for the study of companionship in travel writing by offering a collection of new essays which study texts that belong to the broad category of pre-modern and modern travel literature. Chapters explore the differences and similarities in the ways that women and men in the past chose to describe their experiences with, and/or their ideas about companionship, and specifically reveals the influence of gender norms, conventions, restrictions, and stereotypes.

This is the first book which looks at the long-term, interdisciplinary, and genuinely international history of gendered discourses on companionship in travel writing. It will be of interest to scholars and students from a wide variety of disciplines, including cultural and social history, as well as cultural, literary, gender, travel, and tourism studies.

1. On the Ship in Petronius’ Satyrica. Gender Roles on the Move in the Early Roman Empire

2. Meeting the holy men. Self-perception of the female traveller and interaction between men and women in the late antique Itinerarium Egeriae

3. ‘He proved to be an inseparable travel companion’. Emo of Wittewierum and his Rome-journey in 1211-1212

4. Not for weaker vessels?! Travel and Gender in the Early Modern Low Countries

5. The travels/travails of Mme de Sévigné. The companion(s) of an inveterate letter-writer.

9. Companions and Competitors. Men and Women Travellers and Travel Writing in the mid-19th-century French Pyrenees

11. An Italian in Scandinavia. Elisa Capellis’s Idealizations of the North

13. ‘My luggage and my ladies were unloaded’ Companionship in Cyriel Buysse’s De vroolijke tocht

15. The Not So Solo Traveller. Mary Pos, Dutch Writer and Journalist

Floris Meens is Assistant Professor of Cultural History at Radboud University, Nijmegen, the Netherlands. During the last couple of years, his broad interest in cultural history has resulted in publications on European travel cultures, European Lieux de mémoire, the history of private music cultures, and on modern intellectual and cultural networks.

is Assistant Professor of Cultural Studies at Radboud University, Nijmegen, the Netherlands. His research interests include Dutch literature from the nineteenth and twentieth century, Dutch and Belgian culture around 1900, and cultures of tourism.