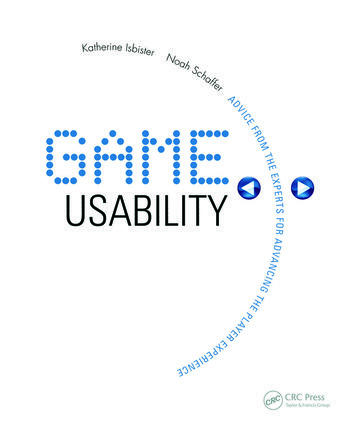 Computers used to be for geeks. And geeks were fine with dealing with a difficult and finicky interface--they liked this--it was even a sort of badge of honor (e.g. the Unix geeks). But making the interface really intuitive and useful--think about the first Macintosh computers--took computers far far beyond the geek crowd. The Mac made HCI (human computer interaction) and usability very popular topics in the productivity software industry. Suddenly a new kind of experience was crucial to the success of software - the user experience. Now, 20 years later, developers are applying and extending these ideas to games.Game companies are now trying to take games beyond the 'hardcore' gamer market--the people who love challenge and are happy to master a complicated or highly genre-constrained interface. Right about now (with the growth of interest in casual games) game companies are truly realizing that usability matters, particularly to mainstream audiences. If it's not seamless and easy to use and engaging, players will just not stay to get to the 'good stuff'. By definition, usability is the ease with which people can emplo a particular tool in order to achieve a particular goal. Usability refers to a computer program's efficiency or elegance. This book gives game designers a better understanding of how player characteristics impact usability strategy, and offers specific methods and measures to employ in game usability practice. The book also includes practical advice on how to include usability in already tight development timelines, and how to advocate for usability and communicate results to higher-ups effectively.

I. What is usability and why should I care?A. Overview chapter Isbister and Schaffer (Editors)Introduces key concepts and positions book for primary audiences: game developers andstudents aspiring to work in game development. Addresses key concerns that developersmay have about adopting usability, and sets a broad road map of what is to come in thebook.B. Interview with Tobi Saulnier of 1st PlayableA discussion with the CEO of a small game studio about why and how she uses usabilitytechniques in her development.C. Interview with Don Norman of Nielsen Norman groupA discussion with one of the preeiminent HCI practitioners of usability in design practice,about how game developers may benefit from usability techniques, and about trends inusability.II. Usability techniques 101A. Use of Classic usability techniques at Microsoft Games Wixon (Microsoft)An overview of the tactics in use to improve games usability at one of the earliestadopters of usability techniques.B. Expert evaluation Laitinen (Adage, Helsinki)Overview of how to conduct expert evaluations and when they can be of value in gameusability.C. Heuristic evaluation Schaffer (RPI)Overview of the use of heuristics in game evaluation.D. Selling usability in the organization Noergaard (Copenhagen U.) & Rau (IO Interactive)Overview of challenges and process for convincing your company to adopt usabilitypractices.E. Think-aloud evaluation and other interview techniques Hounhoot (Philips Research)Interview techniques including think-aloud and retrospective think-aloud as they apply togame usability.F. Interview with Eric Schaffer, CEO and Founder of Human Factors InternationalOn the use of standards and their application to game usability and development.G. (seeking another interview with a game company person about bringing usability to theirorganization)III. Focus on types of playersA. The four fun keys Lazarro (Xeo)Overview of the her taxonomy of fun that is a result of player observation, and how thisapplies to game usability.B. Game usability for children Lieberman (UC Santa Barbara)Overview of usability topics of special interest to developers of children's games.C. Interview with Tsurumi of Sony Japan about cultural issues in usability, by Kenji OnoD. (seeking another interview with one of Nicole's clients about use of fun keys?)IV. Focus on special contextsA. Mobile games usability Mäyra (U. Tampere, Finland)B. Casual games usability Fortugno (Rebel Monkey, NYC)C. Alternate reality games usability Thompson (Georgia IT)D. RPG usability Tychsen (ITU)E. Educational games usability Hounhoot and Verhaegh (Philips)F. (still seeking someone to write about MMOs in particular)V. Advanced tacticsA. Rigorous prototyping Swink (Flashbang Studios)The role of rapid, iterative prototyping in games usability.B. Instrumenting games Pagulayan (Microsoft)How this was done in Halo 3, and lessons/advice for others interested in this method.C. Social psychology and usability Isbister (ITU)Using social psychological research findings to benchmark designs in usability.D. Physiological approaches (1) Hazlett (Johns Hopkins)Use of small muscle movement in the face to detect emotion when playing games.E. Physiological approaches (2) Mandryk (U. Saskatchewan)Use of integrated suite of physiological measures to detect emotion when playing games.F. Interview with Jenova Chen about prototyping fl0w and contributions to its usability.G. Interview with Will Wright about rapid prototyping and usability in his design process.VI. Putting it all togetherA. At-a-glance matrix of issues and tools Isbister and Schaffer (Editors)To help guide readers with particular issues to particular chapters.B. Interview with Saito of Ritsumeikan of the role of game technologies in drivinginnovation in other product areas in Japan (by Kenji Ono)

Associate Professor, Department of Language, Literature and Communication, RPI; Director of the Games Research Lab, RPI; Chair of the MS in HCI Program, RPI. Katherine is Director of the Games Research Lab at Rensselaer (RPI), where she has worked to build an undergraduate major in game design, as well as a robust program of games-related research. She is also the Chair of the MS in HCI at RPI, which she helped to redesign to address current challenges facing HCI practitioners, such as the design of games and other social and leisure applications. Katherine is a former MK Game author, having written: Better Game Characters by Design: A Psychological Approach, which was nominated for a Game Developer Magazine Front Line award in 2006. She has published work in a wide variety of venues, and has given invited talks at research and academic venues including Sony research labs in Japan, Banff Centre in Canada, IBM, the Royal Institute of Technology in Stockholm, and others. The Games Research Lab at RPI has cutting-edge facilities for user studies, and Isbister has used the lab to research innovative methods in user testing (e.g. the Sensual Evaluation Instrument - a project nominated for Best Paper award at the CHI conference in 2006). Isbister has worked in both research and commercial settings on HCI and usability aspects of games and other products. This background, combined with strong connections to game industry practitioners, makes her well suited to put together an edited volume on games usability that is both rigorous and useful to developers in their everyday work. 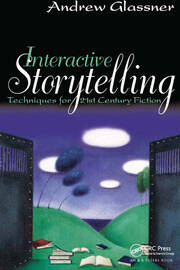 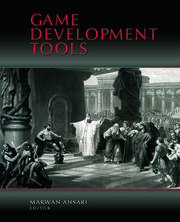