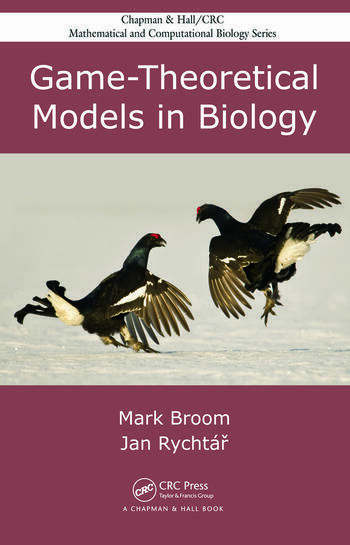 Covering the major topics of evolutionary game theory, Game-Theoretical Models in Biology presents both abstract and practical mathematical models of real biological situations. It discusses the static aspects of game theory in a mathematically rigorous way that is appealing to mathematicians. In addition, the authors explore many applications of game theory to biology, making the text useful to biologists as well.

The book describes a wide range of topics in evolutionary games, including matrix games, replicator dynamics, the hawk-dove game, and the prisoner’s dilemma. It covers the evolutionarily stable strategy, a key concept in biological games, and offers in-depth details of the mathematical models. Most chapters illustrate how to use MATLAB® to solve various games.

Important biological phenomena, such as the sex ratio of so many species being close to a half, the evolution of cooperative behavior, and the existence of adornments (for example, the peacock’s tail), have been explained using ideas underpinned by game theoretical modeling. Suitable for readers studying and working at the interface of mathematics and the life sciences, this book shows how evolutionary game theory is used in the modeling of these diverse biological phenomena.

What Is a Game?
Key game elements
Games in biological settings

Group Living
The costs and benefits of group living
Dominance hierarchies: formation and maintenance
The enemy without: responses to predators
The enemy within: infanticide and other anti-social behavior

MATLAB, Further Reading, and Exercises appear at the end of each chapter.

Mark Broom is a professor of mathematics at City University London. For 20 years, he has carried out mathematical research in game theory applied to biology. His major research themes include multi-player games, patterns of evolutionarily stable strategies, models of parasitic behavior (especially kleptoparasitism), the evolution of defense and signaling, and evolutionary processes on graphs. He received his PhD in mathematics from the University of Sheffield.

Jan Rychtář is an associate professor of mathematics at the University of North Carolina at Greensboro, where he helped start a math-biology research group involving faculty and students from the biology and mathematics departments. He works on game theoretical models and mathematical models of kleptoparasitism. His recent research themes focus on models of brood parasitism in dung beetles, models of mate selection in honey bees, and evolutionary processes on graphs. He received his PhD in mathematics from the University of Alberta.

"… a comprehensive, up-to-date introduction that uniquely blends mathematical clarity and biological intuition.
The first half explores the many ways that the concepts ‘game’ and ‘evolution’ can be realized. … [The authors] discuss not only evolution in terms of competition among existing strategies but also long-term evolution through successive trait substitutions. The authors also examine the effects of population size and structure, providing an entry point into one of the most active and exciting new directions in the field.
The second half brings to life the mathematical frameworks introduced earlier … the authors illuminate not only the behaviors that emerge in these particular contexts but also the process of matching mathematical framework to biological reality, a critical skill for aspiring evolutionary theorists. …
Broom and Rychtár offer a refreshingly clear exposition of kin selection, using a simple model with direct biological interpretation. They present this alongside other, distinct mechanisms for cooperation, such as direct and indirect reciprocity, avoiding the confusion that muddles much of the literature on this topic. …
Students of evolutionary game theory … would do well to read Game-Theoretical Models in Biology all the way to the finish line. This engaging primer demonstrates that there is no tension between mathematical elegance and biological fidelity: both are needed to further our understanding of evolution."
—Benjamin Allen, Emmanuel College, and Martin A. Nowak, Harvard University, Science, Vol. 341, August 2013

"In the biological sciences, there is probably no better time to become a game theorist, and anyone who so aspires will value this text as a guide. Assuming only a modicum of mathematics, Broom and Rychtár lead their readers all the way from the rudiments of evolutionary game theory to the research frontier. They are appealingly candid on how their scope reflects their taste. Nonetheless, their coverage is remarkably wide-ranging, from old standards like the Hawk-Dove game to newer applications such as epidemiology. The authors strike an excellent compromise between breadth and depth by limiting the generality of some theoretical treatments, choosing good examples, and using up-to-date references to round out their coverage. By focusing on evolutionary stable strategy as a "static concept," Broom and Rychtár convincingly demonstrate the power of game-theoretic models to describe real animal behaviour, in ways that mathematicians who specialize on evolutionary dynamics are apt to overlook. Thus the book brings a timely sense of balance to the range of texts now available. At the research frontier, the trail has many forks; but whichever fork readers decide to explore, this book will leave them admirably well prepared for the way ahead."
—Mike Mesterton-Gibbons, Florida State University

"This book should prove to be a valuable addition to the bookshelf of anyone working in, or wishing to work in, the area of application of game theoretical approaches to modelling biological phenomena. The last 39 years, since the seminal paper of Maynard Smith and Price, have seen an explosion of research in this area. The early work concentrated on fairly simple models such as Hawk-Dove and the War of Attrition, but this rapidly expanded to encompass matrix games and multi-player games. Recently, additional complexities through population structure and adaptive dynamics have greatly enhanced the applicability of these models. Here, the authors, who have themselves made several contributions to these more complex models, in particular with respect to kleptoparisitism, have set out to provide both a solid underpinning of the mathematical aspects of the subject, but also to anchor it solidly in its biological context. They have succeeded admirably in both aims, and this book should become the standard reference for this area. I shall certainly find it an invaluable resource, and recommend it highly."
—Chris Cannings, Professor Emeritus, University of Sheffield

"Many books on evolutionary game dynamics are on my shelf — why would I put another one there? The first thing that caught my attention in the new book of Mark Broom and Jan Rychtár are the exercises. Reading a book on mathematics is a fruitless exercise for me without a pencil and paper and maybe a computer. The wonderful exercises in this book are sufficiently deep to provoke some serious thinking, but not so difficult that the reader turns them down in despair. Broom and Rychtár cover a multitude of subjects, from the very basics of game theory to concrete biological applications. Some of them have not found their place into the minds of many young scientists, such as food competition and the ideal free distribution, but it pays to learn about these classical applications. The book focuses on static aspects. However, with complex dynamical considerations, theoreticians are often going too far and it is absolutely fascinating to see how far you can get from such a focus on static properties of games. I highly recommend this book—not for your shelf, but for your desk!"
—Arne Traulsen, Max Planck Gesellschaft

"Evolutionary game theory originally flourished some thirty years ago as a means to predict individual behavior in biological systems through its static game-theoretic solution concept of an evolutionarily stable strategy (ESS). Since then, the advancement of the theory has increasingly occurred in other disciplines. In their timely book, Broom and Rychtár have returned the theory to its biological roots and illustrated the relevance of these recent developments to biology. Their careful mathematical analysis of diverse biological models based on such current topics as nonlinear and multi-player games, structured population effects and the stochastic effects of finite populations provides a comprehensive set of applications. The book will serve both as an important resource for researchers in the field and as a valuable text for students at a graduate or senior undergraduate level. Students will especially appreciate the extensive set of exercises for each chapter and that the book is exceptionally well-written and self-contained."
—Ross Cressman, Wilfrid Laurier University 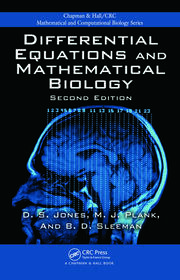 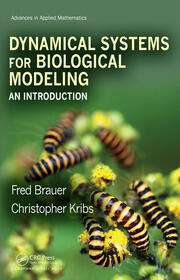 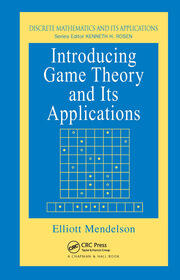 Introducing Game Theory and its Applications