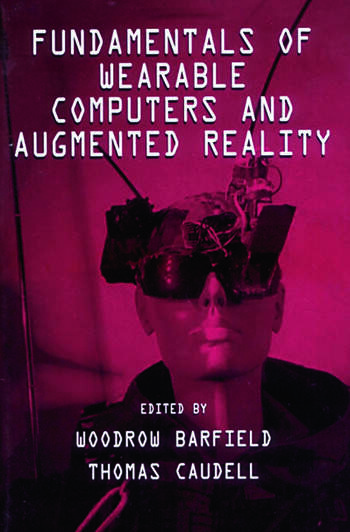 Fundamentals of Wearable Computers and Augmented Reality presents a broad coverage of the technologies and interface design issues associated with wearable computers and augmented reality displays both rapidly developing fields in computer science, engineering, and human interface design. This book presents concepts related to the use and underlying technologies of augmented reality and wearable computer systems. There are many application areas for this technology, such as medicine, manufacturing, training, and recreation. Wearable computers will allow a much closer association of information with the user than is possible with traditional desktop computers.

This book addresses an important aspect of wearable computers and augmented reality, either from the conceptual or from an application framework. Given the wide coverage of topics on issues related to the display of computer-generated images in the environment, this book can be used as a text for computer science, computer engineering, and interface design courses.

"Portions of the book would be of great interest to many HF/E professionals and students as preparation for applications and issues to be addressed in the relatively near future. The technology section would be especially useful for new researchers and developers starting in the field..."
—Ergonomics in Designs

"...this book contains broad information related to wearable computers and augmented reality. Most of the chapters present cutting-edge research activities. Thus, the required level of readers is intermediate to expert....researchers or graduate students of computer-human interaction or virtual reality could take advantage from it."
—Computer Journal

"The book covers a variety of research and development issues....anyone who is interested in wearable computers and augmented reality could do well to start with this work."
—Ergonomics Abstracts

"...the papers presented interesting ideas and topics for further development...one might feel that yet again here is a technology looking for an application and that we ought to be working hard on developing and appropriate role for people in relation to these devices."
—Eurospan