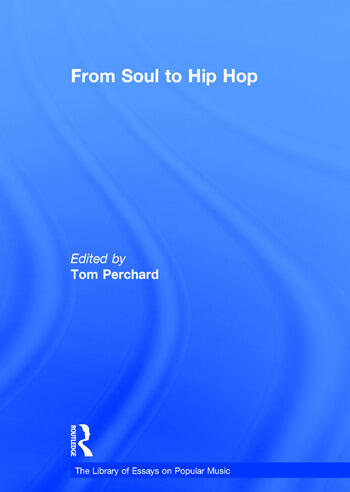 From Soul to Hip Hop

The essays contained in this volume address some of the most visible, durable and influential of African American musical styles as they developed from the mid-1960s into the 21st-century. Soul, funk, pop, R&B and hip hop practices are explored both singly and in their many convergences, and in writings that have often become regarded as landmarks in black musical scholarship. These works employ a wide range of methodologies, and taken together they show the themes and concerns of academic black musical study developing over three decades. While much of the writing here is focused on music and musicians in the United States, the book also documents important and emergent trends in the study of these styles as they have spread across the world. The volume maintains the original publication format and pagination of each essay, making for easy and accurate cross-reference and citation. Tom Perchard’s introduction gives a detailed overview of the book’s contents, and of the field as a whole, situating the present essays in a longer and wider tradition of African American music studies. In bringing together and contextualising works that are always valuable but sometimes difficult to access, the volume forms an excellent introductory resource for university music students and researchers.

Tom Perchard is Senior Lecturer in the Department of Music at Goldsmiths, University of London, UK.

From Soul to Hip Hop