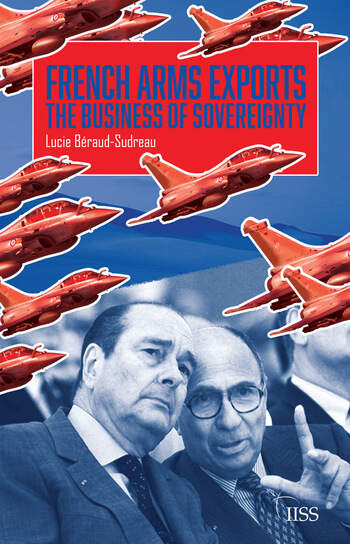 Ever since the establishment of the Fifth Republic in 1958, France has believed its strategic independence to be predicated on self-sufficiency in modern weapons. In order to maintain the requisite defence-industrial base, in the context of limited domestic orders, successive governments have prioritised the export of French arms on a large scale.

In this Adelphi book, Lucie Béraud-Sudreau provides a detailed, behind-the-scenes examination of the institutional arrangements that have underpinned France’s relatively liberal approach to arms sales over the years. The narrative begins during the Cold War, when France offered customers an alternative to reliance on one of the superpowers for their arms purchases, and then charts how the French arms-export system has responded to international political developments and dramatic changes in the global arms market. The book shows that, in general, France’s leaders and machinery of government have been resistant to the notion of restraining arms sales. It also looks to the future, arguing that France now faces a dilemma over whether to maintain its traditional course or accept a greater degree of export restraint as part of closer armaments cooperation with European partners.

Chapter 3. Ambiguities of the French arms export policy in the post-Cold War era

Chapter 5. Rebalancing under the Socialists: ‘Team France’ in service of arms sales

Lucie Béraud-Sudreau is a Senior Researcher and Director of the Arms and Military Expenditure Programme at the Stockholm International Peace Research Institute (SIPRI), Sweden; former IISS Research Fellow for Defence Economics and Procurement (2016–20).

"This important book provides a comprehensive and much-needed analysis of French defence-export policy, the first of its kind in more than 30 years. Lucie Béraud-Sudreau skilfully reconstructs the policy deliberations during the post-Cold War era, in the process shedding light on France’s understanding of strategic autonomy. Her book will be essential reading for any observer of French defence policy."-- Professor François Heisbourg, Senior Advisor for Europe, IISS

"French Arms Exports: The Business of Sovereignty is poised to become the go-to resource on the contemporary French arms trade. Not since the 1970s has there been such a carefully researched, historically rich and politically knowledgeable book about the French arms trade, and Béraud-Sudreau ably brings us from the Cold War to the modern day, using a wealth of original interview evidence. In doing so, she also offers important insights into the sources of continuity in French arms exports, amidst great political, economic and military change."-- Jennifer L. Erickson, Author of Dangerous Trade: Arms Exports, Human Rights, and International Reputation and Associate Professor of Political Science at Boston College

"This book is a must-read for anyone who wishes to understand French defence-export policy and its foundation in the broader policy conception of strategic autonomy. Taking a systematic deep dive, Lucie Béraud-Sudreau not only elaborates upon the relevant actors and internal power dynamics in the policy process, she also analyses the changes in policies and outcomes when France had to react to a shifting European and global political and industrial landscape."-- Dr Christian Mölling, Deputy Director, German Council on Foreign Relations (DGAP)