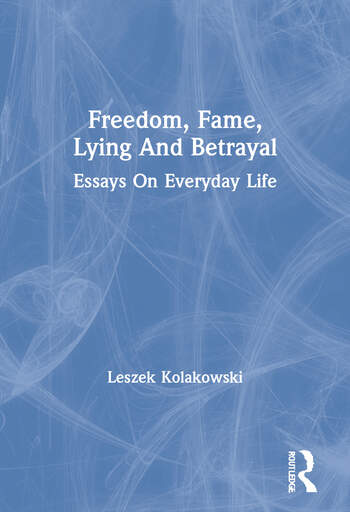 Polish philosopher Leszek Kolakowski is renowned worldwide for wrestling with serious philosophical conundrums with dazzling elegance. In this new book, he turns his characteristic wit to important themes of ordinary life, from the need for freedom to the wheel of fortune, from the nature of God to the ambiguities of betrayal. Extremely lucid and lacking in intellectual pretension, these essays speak in everyday language, spurring the reader's own thoughts and providing a handle on which to debate and think about the themes. The eighteen essays cover the following topics: power, fame, equality, lying, toleration, travel, virtue, collective responsibility, the wheel of fortune, betrayal, violence, boredom, freedom, luxury, God, respect for nature, superstition, and national stereotypes.

Leszek Kolakowski is currently senior research fellow at All Souls College, Oxford. He has also taught at the University of Chicago, McGill University, UC Berkeley, and Yale University. He is the author of numerous books, including his masterpiece and magnum opus Main Currents of Marxism, published in three volumes in the 1970s and recently reissued in a single volume by Norton. He is the recipient of many major international awards, including the Jerusalem Prize for the Freedom of the Individual in Society (2007), the Library of Congress John W. Kluge Prize in the Human Sciences awarded for lifetime achievement in the humanistic and social sciences (2004), a MacArthur ("genius") Fellowship (1983) as well as the German Booksellers Peace Prize (1977), the Erasmus Prize (1980) and the Veillon Foundation European Prize for the Essay (1980). He is a Fellow of the British Academy, a fellow of the Academie Universelle des Cultures, and a Foreign Fellow of the American Academy of Arts and Sciences. He lives in Oxford, England. 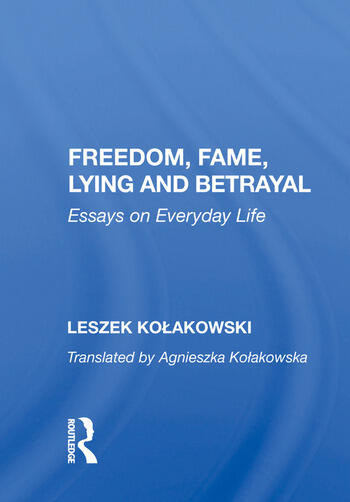