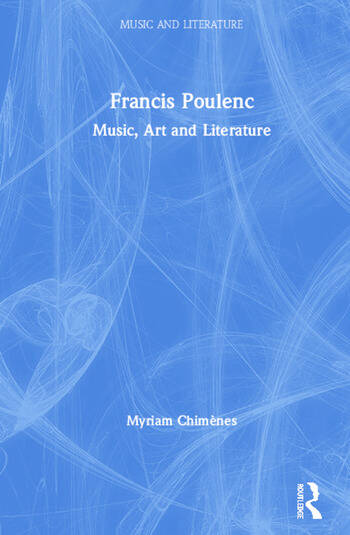 This collection of essays provides vivid new insights into Poulenc’s world, his particular rapport with painters, writers and fellow musicians, and with the social élite who promoted his music through their salons. Contributions from international Poulenc scholars include the influence of various artists on his music, the nature of his affinity for Eluard’s poetry, his response to texts by Cocteau and Bernanos, and his constant search for suitable libretti. New light is thrown on two friendships, the first with his childhood friend Raymonde Linossier who introduced him to the world of books, the second to his teacher Charles Koechlin who greatly influenced his choral style. A detailed study is also provided of Poulenc’s four choral works with orchestra. Finally, the reader is allowed a rare view of Poulenc at the microphone, not as interviewee but as radio presenter, in his 1947-1949 series of programmes ’A bÃ¢tons rompus’.

’It is good that in his centenary year such attention should have been accorded him in the volume Francis Poulenc: music, art and literature...This fine volume represents an important step’ Times Literary Supplement ’Without doubt, Francis Poulenc: Music, Art and Literature is a major contribution to Poulenc studies - indeed, to French musical scholarship in general - and is sure to stimulate further study of the composer.’ Notes ’...a stimulating and, incidentally, lavishly illustrated collection...This is, all in all, a valuable addition to Poulenc literature...Much of this book will deepen the affection and respect we feel for this most lovable of composers.’ Musicteachers.co.uk Issue 9 'A book devoted to a relatively neglected figure such as Poulenc is welcome, especially one that is distinctive in the range and diversity of approaches to the composer... The volume is striking for the detail it provides in relation to Poulenc and the musical, literary and artistic circles in which he moved... This is a valuable book, which will be of interest to those working on Poulenc and his contemporaries, twentieth-century music, and French culture in general in the twentieth century.' Music and Letters