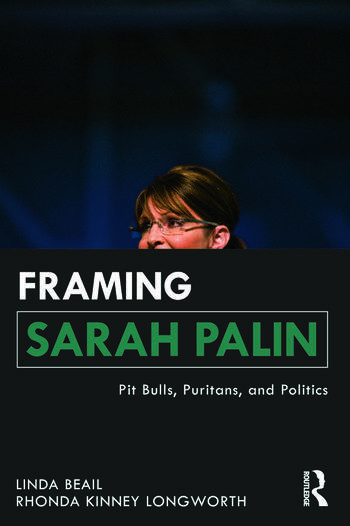 Sarah Palin’s 2008 vice presidential candidacy garnered tremendous levels of interest, polarizing the American public—both Democrats and Republicans alike. While many have wondered who she "really" is, trying to cut through the persona she projects and the one projected by the media, Beail and Longworth analyze why she touches such a nerve with the American electorate. Why does she ignite such passionate loyalty – and such loathing? How did her candidacy mobilize new parts of the electorate?

Using the notion of "framing" as a way of understanding political perception, the authors analyze the narratives told by and about Sarah Palin in the 2008 election – from beauty queen, maverick, faithful fundamentalist and post-feminist role model to pit bull hockey mom, frontier woman, and political outsider. They discuss where those frames are rooted historically in popular and political culture, why they were selected, and the ways that the frames resonated with the electorate.

Framing Sarah Palin addresses the question of what the choice and perception of these frames tells us about the state of American politics, and about the status of American women in politics in particular. What do the debates engendered by these images of Palin say about the current roles and power available to women in American society? What are the implications of her experience for future candidates, particularly women candidates, in American politics?

Linda Beail is a Professor of Political Science at Point Loma Nazarene University, where she serves as Director of the Margaret Stevenson Center for Women’s Studies.

"Beail and Longworth have written the type of book that many of us who study women as political communicators have been waiting to see on the market. These insightful critics offer a window on Sarah Palin as a phenomenon on the US political scene. This analysis addresses rhetorical appeals to gender, race, and class that unite, divide, and polarize the US populace."

"Hockey Mom, Beauty Queen, Political Outsider, Frontier Woman, Post-Feminist Icon. Whether or not Sarah Palin holds political office ever again, there is no question that she changed the way that people think about women in presidential politics. Framing Sarah Palin helps us to understand the multifaceted nature of her surprisingly strong popular appeal, revealing the complex and dynamic relationship between pop culture and electoral politics."

"A wonderful, extensive account of public commentary about Sarah Palin specifically, and women and politics broadly. Beail and Longworth miss nothing and offer readers a detailed account of how gender, ideology and electoral politics intersect in American culture. Their observations remind us that women candidates encounter distinct challenges from men, but also that partisan differences among women cannot be overlooked. Students and scholars of political science, communications and women's studies will be especially interested in this fine and thorough book."