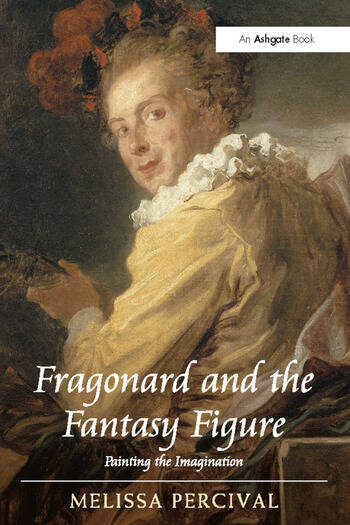 Fragonard and the Fantasy Figure: Painting the Imagination

A fresh interpretation of the group of Fragonard’s paintings known as the ’figures de fantaisie’, Fragonard and the Fantasy Figure: Painting the Imagination reconnects the fantasy figures with neglected visual traditions in European art and firmly situates them within the cultural and aesthetic contexts of eighteenth-century France. Prior scholarship has focused on the paintings’ connections with portraiture, whereas this study relocates them within a tradition of fantasy figures, where resemblance was ignored or downplayed. The book defines Fragonard as a painter of the imagination and foregrounds the imaginary at a time when Enlightenment rationalism and Classical aesthetics contrived to delimit the imagination. The book unravels scholarly writing on these Fragonard paintings and examines the history of the fantasy figure from early modern Europe to eighteenth-century France. Emerging from this background is a view of Fragonard turning away from the academically sanctioned ’invention’, towards more playful variants of the imaginary: fantasy and caprice. Melissa Percival demonstrates how fantasy figures engage both artists and viewers, allowing artists to unleash their imagination through displays of virtuosity and viewers to use their imagination to explore the paintings’ unusual juxtapositions and humour.

Melissa Percival is Senior Lecturer at the University of Exeter, and an expert in eighteenth-century French studies. She has published widely on theories of physiognomy and facial expression.

'In this smartly written, thoroughly researched work, Fragonard and the Fantasy Figure, Melissa Percival explodes the myth that Fragonard’s fantasy figures are dazzling but impenetrable images; she offers instead a wide range of interpretive perspectives that provides the ground for a renewed appreciation of these works. In a book that is a model of scholarly clarity, Percival has made a valuable contribution to Fragonard studies.' Julie-Anne Plax, University of Arizona, USA

'Melissa Percival has written the first monograph devoted to this group of paintings... Her book offers a spirited and wide-ranging examination of these universally admired pictures; it is cross-cultural and interdisciplinary in its references, scope and discussion; and it aspires to present an expansive, socio-cultural reinterpretation of the fantasy portraits, here considered emblematic of the eighteenth-century imagination.' The Burlington Magazine

'... a conscientious and thoughtful piece of scholarship, which makes a valuable contribution to Fragonard studies.' French Studies

'Like the drawing, Percival’s study provides new information that adds to our appreciation of Fragonard’s interpretive puzzles set up by the fantasy figures-portraits or non-portraits.' H-France

Fragonard and the Fantasy Figure: Painting the Imagination