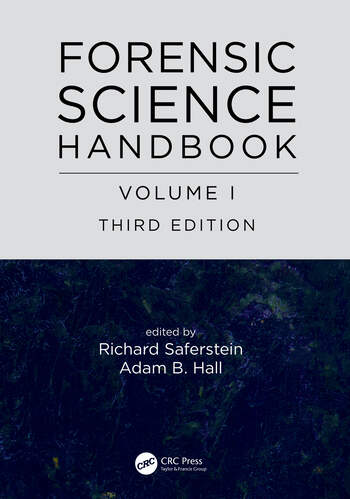 Originally published in 1982 by Pearson/Prentice-Hall, the Forensic Science Handbooks, Third Edition has been fully updated and revised to include the latest developments in scientific testing, analysis, and interpretation of forensic evidence. World-renowned forensic scientist, author, and educator Dr. Richard Saferstein once again brings together a contributor list that is a veritable Who’s Who of the top practicing forensic scientists in the field. This Third Edition, he is joined by the Director of the Core Mass Spectrometry Facility at the Barnett Institute of Chemical and Biological Analysis at Northeastern University, co-editor Dr. Adam Hall.  The two volumes focus on the analytical, biological, and chemical aspects of forensic science practice, and the topics covered in this new edition of Volume I include a broad range of subjects including:

This is an update of a classic reference and will serve as a must-have desk reference for forensic science practitioners. It will likewise be a welcome resource for professors teaching advanced forensic science techniques and methodologies at universities world-wide, particularly at the graduate level.

3. The Forensic Identification and Association of Human Hair

4. A Guide to the Analysis of Forensic Household Dust Specimens and Their Statistical Significance

7. Forensic Characterization and Comparisons of Inks

[Adam B. Hall and Richard Saferstein]

12. The Application of Capillary Electrophoresis in Forensic DNA Analysis

Dr. Richard Saferstein has served as an expert witness over 2000 times in nearly 150 federal and state courts involving a variety of forensic issues. From 1970 to 1992, he headed the crime laboratory of the New Jersey State Police, USA.

is the Director of the Mass Spectrometry Facility within the Barnett Institute of Chemical and Biological Analysis – Department of Chemistry and Chemical Biology at Northeastern University in Boston, Massachusetts., USA. 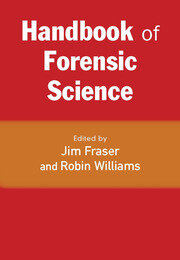