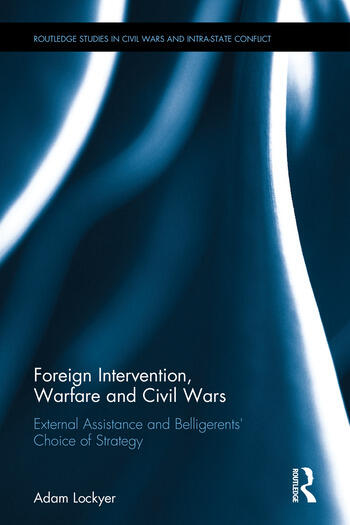 This book examines the impact of foreign intervention in the course and nature of warfare in civil wars.

Throughout history, foreign intervention in civil wars has been the rule rather than the exception. The involvement of outside powers can have a dramatic impact on the course and nature of internal conflicts. Despite this, there has been little research which has sought to explain how foreign intervention influences the course of civil wars. This book seeks to rectify this gap. It examines the impact of foreign intervention on the warfare that characterises civil wars through by studying the cases of the Angolan and Afghan civil wars. It investigates how foreign resources affect the military power of the recipient belligerent, and examines how changes in the balance of capabilities influence the form of warfare that characterises a civil war. Warfare in civil wars is often highly fluid, with belligerents adapting their respective strategies in response to shifts in the balance of military capabilities. This book shows how the intervention of foreign powers can manipulate the balance of capabilities between the civil war belligerents and change the dominant form of warfare. The findings presented in this book offer key insights for policy-makers to navigate the increasing internationalization of civil wars around the globe.

This book will be of much interest to students of civil wars, intra-state conflict, war and conflict studies, and security studies.

2. The Study of Foreign Intervention in Civil Wars

5. The Dynamics of Warfare in the Angolan Civil War

6. Foreign Intervention and Warfare in the Angolan Civil War

7. The Dynamics of Warfare in the Afghan Civil War

8. Foreign Intervention and Warfare in the Afghan Civil War