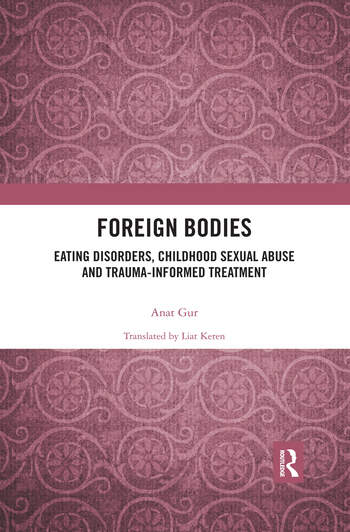 This book will be of great interest to researchers and postgraduate students in the eating disorder field of psychotherapy, psychology, or psychiatry, plus those studying the treatment of trauma. It will also be of interest to clinical dieticians, psychologists, social workers, doctors, nurses, eating disorder specialists, and policymakers in the mental health field, as well as eating disorders sufferers and those who care for them.

Anat Gur, MSW, PhD, is a social worker and psychotherapist specializing in the treatment of women and survivors of sexual abuse and complex PTSD. She is the professional director of the Women’s Therapy Centre: Women’s Wisdom in Israel, head of the two-year programme for treating sexual abuse at Bar-Ilan University.