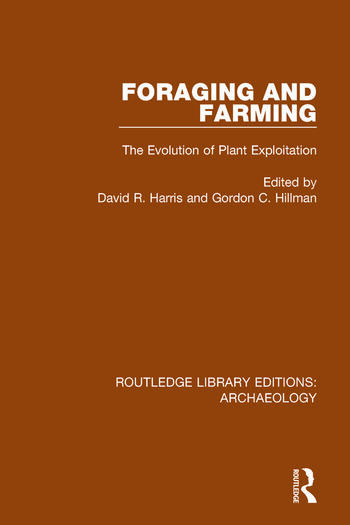 Foraging and Farming: The Evolution of Plant Exploitation

This book is one of a series of more than 20 volumes resulting from the World Archaeological Congress, September 1986, attempting to bring together not only archaeologists and anthropologists from many parts of the world, as well as academics from contingent disciplines, but also non-academics from a wide range of cultural backgrounds. This volume develops a new approach to plant exploitation and early agriculture in a worldwide comparative context. It modifies the conceptual dichotomy between "hunter-gatherers" and "farmers", viewing human exploitation of plant resources as a global evolutionary process which incorporated the beginnings of cultivation and crop domestication. The studies throughout the book come from a worldwide range of geographical contexts, from the Andes to China and from Australia to the Upper Mid-West of North America. This work is of interest to anthropologists, archaeologists, botanists and geographers. Originally published 1989.

Foraging and Farming: The Evolution of Plant Exploitation