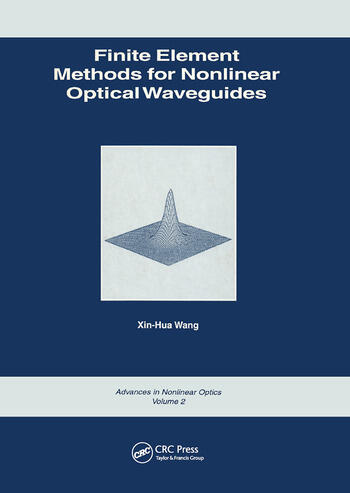 This book provides researchers at the forefront of nonlinear optical technologies with robust procedures and software for the systematic investigation of the fundamental phenomena in nonlinear optical waveguide structures. A full vectorial electromagnetic formulation is adopted and the conditions under which simplification to a scalar formulation is possible are clearly indicated. The need to model the dielectric saturation properly is identified, and improved algorithms are presented for obtaining the complete power dispersion curve of structures exhibiting bistability. As the stability analysis of nonlinear modes is crucial to the development of nonlinear model methods, an effective procedure to investigate the propagation of the scalar nonlinear waves in 3D is another important feature of the book. All of the procedures described, as well as an automatic mesh generator for the finite element method, are incorporated into a software package which is included with this book.

Dr Xin-Hua Wang is a Research Fellow at the Photonics Research Laboratory, Department of Electrical and Electronic Engineering, University of Melbourne, Australia. He received his M.Sc. from Beijing University of Aeronautics and Astronautics, China, and his Ph.D in electrical and computer systems from Monash University, Australia. His research interests include nonlinear optics, fibre and waveguide devices, optical fibre communications, computation of electromagnetic fields, and applied mathematics.