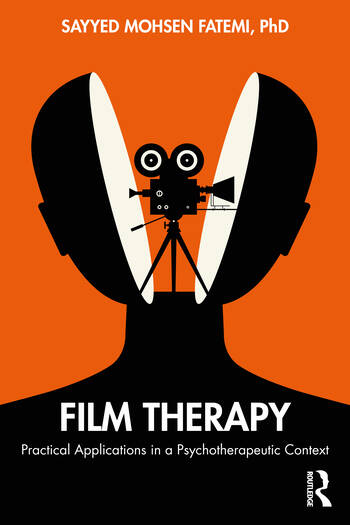 Unlike any book on the market,  Films Therapy introduces a new paradigm in exploring the subtexts of movies and their potential therapeutic dimensions. The book illuminates how feature films can entail psychological components that can facilitate the therapeutic process. By elaborating the key concepts of each film and their psychological and psychotherapeutic discussions, it provides a demonstration of the films’ practical applications in a therapeutic setting, opening a new world for understanding and exploring the dynamics of films in human interaction. The book powerfully delineates the rarely discussed role of films in psychological realms and argues how films can be educationally inspiring for therapists, psychologists, and educators.

1: Films as Learning Modules; 2: Films and Psychoanalysis; 3: Films and Mindfulness; 4: Why and How Films Can Be Therapeutic?; 5: Films and Relationships; 6: Films and Understanding; 7: Films and Development; 8: Films and Emotion; 9: Films and Global Wisdom; 10: Films, Signs and Symbols; 11: Film Therapy in Action; 12: Films, Politics and Education; 13: Films and Poetry; References

Dr. Sayyed Mohsen Fatemi is an adjunct faculty at York University, Canada. He completed his postdoctoral studies in the department of psychology at Harvard University where he has also served as a teaching fellow, an associate, and a fellow. His publications appear in Springer, Wiley, Templeton Press, Routledge, Cambridge University Press and Oxford University Press, Lexington publication, Palgrave McMillan, American Psychiatric Association, and journals such as APA's Journal of Theoretical and Philosophical Psychology.

"Dr. Fatemi's book has provided a landmark contribution in the field, illustrating how films can be potentially valuable in psychotherapeutic settings. Clinicians as well as researchers will benefit from the comprehensive, pertinent literature and creative concepts, such movies and how they can pertain to psychoanalysis, relationships and development, mindfulness, and learning modules. Implementing films in psychotherapy offers invaluable avenues in the therapeutic process, and at provide unique and diverse points of entry in mental health care."

In this milestone book, Sayyed Mohsen Fatemi takes us on an existentially informed cinematic journey. We are guided through a series of reflections about how films can foster mindfulness; a "psychology of possibility," for readers suffering from a myriad of conditions. Fatemi shows how great cinema can provide people who have over-identified with parts of themselves to open to a larger and more enlivened outlook. Just as great films raise great questions, great questions can be raised of great films, and these questions can be tailor-made for a range of psychosocial problems. I highly recommend this book for anyone who works with, suffers from, and inquiries into a deeper dimension of living."

adjunct faculty, Saybrook University and Teachers College, Columbia University; author of The Polarized Mind, Awakening to Awe, and Horror and the Holy: Wisdom-teachings of the Monster Tale.

"Dr. Sayyed Mohsen Fatemi’s book takes us on a journey through psychologically themed film depictions in a brilliant thoughtful way through use of his uniquely crafted learning modules. His theme and approach indeed are in sync with the characterization of troubled people portrayed on the silver screen. Beautifully crafted and logically constructed, this book is a major source for understanding the influences of self, place, identity, culture, and psychological portrayals of troubled and disturbed people for years to come. The information contained in each chapter is a splendid bonus for students, educators, and mental health professionals working in a variety of settings. This is one of those unique books that should be kept close by for use as a reference and a resource.

Dr. Sayyed Mohsen Fatemi details how multifarious layers of a film have the potential to elucidate the possibility of describing, explaining, analyzing, interpreting and deciphering the dynamics of the psyche. He offers a broad assortment of film therapy strategies and techniques that may be used with a wide range of clients and mental health issues, and that can be utilized in a variety of therapeutic settings, including the use of film in psychoanalysis, mindfulness training, relationship enhancement, and social and emotional development.The book holds great promise in making a significant contribution to the emergent field of film therapy, and will be of interest to a wide range of mental health practitioners and students.