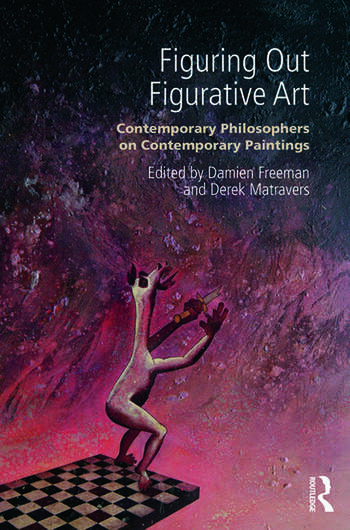 The discussion ranges over ethical, political, psychological and religious concepts, such as irony, disgust, apathy, inequality, physiognomy and wonder, to historical experiences of war, Marx-inspired political movements and Thatcherism, and standard problems in the philosophy of art, such as expression, style, depiction and ontology of art, as well as major topics in art history, such as vanitas painting, photography, pornography, and Dadaism. Many of the contributors are distinguished in areas of philosophy other than aesthetics and are writing about art for the first time. All show how productive the engagement can be between philosophy, more generally, and art.

is Professor of Philosophy at The Open University, UK and his books include Introducing Philosophy of Art (2012), and Fiction and Narrative (2014).

"This collection of essays by leading philosophers stands out because of its focus on contemporary figurative (representational) art. Being freed from the strictures of an academic audience, Freeman and Matravers are able to engage with the works across a broad landscape of personal reflection and the histories of both art and philosophy. … The discussion of each work is beautifully and intimately framed and not always the focus of the essay. At times, the works serve as entrée to a larger cultural discussion. Perhaps this is the inherent nature of art - to point beyond the work itself to the placement of the individual in society. Summing Up: Highly recommended." - S. J. Shaw, CHOICE

"Art and philosophy have always been intertwined; but philosophers have often focused on a few well-known exemplars in particular genres. This unique book represents a new departure in philosophical writing about art. Leading philosophers talk illuminatingly about a striking range of contemporary paintings. The resulting discussions are original, provocative and will appeal to anyone with an interest in contemporary art and aesthetics. A wonderful book." - Tim Crane, University of Cambridge, UK