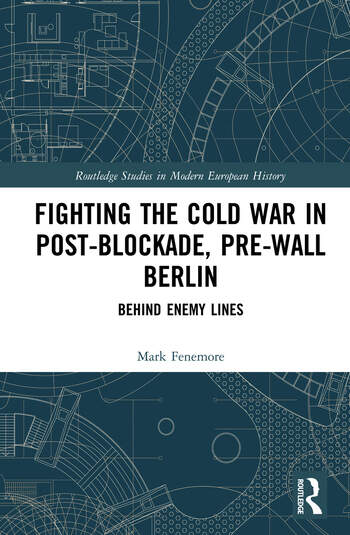 As fought in 1950s Berlin, the cold war was a many-headed monster. Winning stomachs with enticing consumption was as important as winning hearts and minds with persuasive propaganda. Demonstrators not only fought the police in the streets; they were swayed one way or another by cultural competition. Western espionage agencies waged brazen but surreptitious covert warfare, while the Stasi fought back with a campaign of targeted kidnapping. This book takes seriously a complex borderscape, which narrowed but did not stem the flow of people, ideas and goods over an open boundary. Assessing the licit and the illicit, the book stresses the messy and entwined nature of this war of a thousand cuts (or miniscule salami slices). While brinkmanship was orchestrated by the elites in Moscow and Washington, the effects of such intense psychological pressure were felt by ordinary Berliners, who sought to carry on with their mundane, but border-straddling everyday lives in spite of the ideological bifurcation.

PART ONE: A MESSY AND ENTANGLED BORDER COMPLEX

1) Brinkmanship and Intransigence at the Frontier

4) The Paramilitary Response to Threatened Invasions

5) Policing Demonstrations and Protests near the Border

8) The Murky World of Espionage

9) The Art of Kidnapping

10) Impact of the Berlin Wall

Mark Fenemore is Senior Lecturer in Modern European History at Manchester Metropolitan University. Having completed a PhD on East German youth subcultures at University College London, supervised by Professor Mary Fulbrook, he has worked on a series of projects relating to gender, sexuality, mass culture, espionage and policing, with a particular focus on divided, cold-war Berlin.