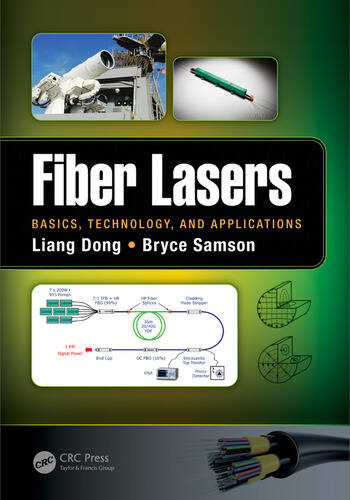 The fiber laser, with its humble beginning in the late 1980s, has undergone tremendous development in the past decade or so, transforming itself from a research curiosity to a major force in modern manufacturing. Today, it is revolutionizing our economy by fundamentally changing the way we mark, machine, and process materials on an industrial scale. The recent development of high-power fiber lasers is also fundamentally shaping a wide range of other areas from physical sciences and medicine to geology and space exploration. In the past few years, the tactical deployment of direct energy weapons based on fiber lasers has become a reality.

The development of fiber lasers is rooted in a number of technical areas including optical materials, optical waveguide design, nonlinear optics, optical fiber fabrication, and optical characterization, in addition to optical fiber components, and fiber laser design and architecture. No comprehensive in-depth coverage of such diverse topical areas has appeared in a single book. Many important developments have taken place in the past decade in both academia and industry.

This book comprehensively covers the basics, technology and applications of fiber lasers including up-to-date developments in both academia and industry and is aimed to serve as both an introduction and research aid for graduate students, engineers, and scientists who are new to this field and also for veterans in the field

Dr. Liang Dong is currently an associate professor in the Department of Electrical and Computer Engineering at Clemson University. Prof. Dong has nearly 30 years of experience in research and development in photonics and optical fibers. He has published close to 300 journal and conference papers and holds over 20 granted patents. He currently serves as an associate editor for IEEE Quantum Electronics and Optica and program chair for OSA topical meeting on Specialty Optical Fibers.

joined TeraDiode in January 2015 as a director of Business Development, bringing more than 20 years’ experience in the field of fiber lasers. He holds a Ph.D. in semiconductor physics from Essex University, UK, has published over 100 refereed scientific and conference papers, and has more than 15 patents in the field. He was chairman of the OSA Specialty Optical Fiber Conference, serves on the technical committee for OSA meetings such as CLEO and ASSL, and was elected a member of the Connecticut Academy of Science in 2013.

"Given the combination of broad scope and technical depth, both researchers and users of fiber lasers alike will find this book to be a valuable addition to their technical library."
— Jeffrey W. Nicholson, OFS, Norcross, Georgia, USA

"… gives a comprehensive overview on the current status of fiber laser technology, covering the underlying physics and various technological issues as well as applications. It is useful to have a combination of two authors with quite different backgrounds, such that all these aspects can be treated. Compared with some older books on fiber lasers and amplifiers, there is more useful material on various practical aspects, e.g. in the areas of fiber characterization, components for fiber lasers and applications. The book should thus be useful both for researchers in the field and for people working on fiber laser technology in the commercial area."
— Rüdiger Paschotta, RP Photonics Consulting GmbH, Bad Dürrheim, Germany

"The book is a comprehensive look at optical fibers, Fiber lasers and their applications written by leading experts in the field. The explanations are clear and intuitive and work is well referenced."
—Jay W. Dawson, Lawrence Livermore National Laboratory, Livermore, California, USA

"This book is a useful guide for graduate students and engineers who are entering the complex and rapidly developing field of fiber lasers, and is a valuable reference for scientists who are new to fiber lasers or for veterans in the field."
—Optics & Photonics News, May 2017 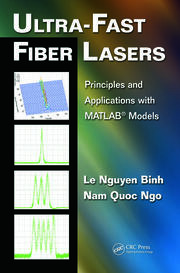 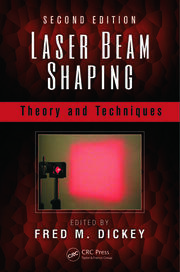 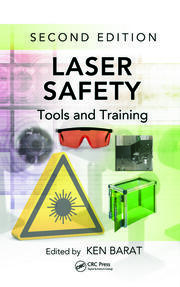