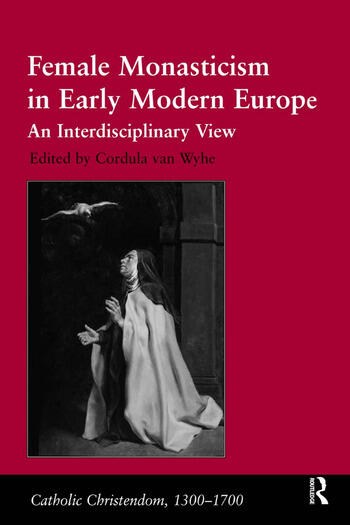 This volume of twelve interdisciplinary essays addresses the multifaceted nature of female religious identity in early modern Europe. By dismantling the boundaries between the academic disciplines of history, art history, musicology and literary studies it offers new cross-cultural readings essential to a more comprehensive understanding of the complexity of female spirituality in the sixteenth and seventeenth centuries. Utilising a wide range of archival material, encompassing art, architecture, writings and music commissioned or produced by nuns, the volume's main emphasis is on the limitations and potentials created by the boundaries of the convent. Each chapter explores how the personal and national circumstances in which the women lived affected the formation of their spirituality and the assertion of their social and political authority. Consisting of four sections each dealing with different parts of Europe and discussing issues of spiritual and social identity such as 'Femininity and Sanctity', 'Convent Theatre and Music-Making', 'Spiritual Directorship' and 'Community and Conflict', this compelling collection offers a significant addition to a thriving new field of study.

’... this compelling collection offers a significant addition to a thriving field of study.’ Studies in Spirituality ’Too often I have read volumes of contributed articles that were uneven and unrelated. Here I found consistently strong and focussed writing, clean editing throughout, consistent use of footnotes, as well as a unified bibliography. Illustrations are plentiful and interesting. Senior undergraduates, graduate students and those pursuing research on some aspect of the history of women religious will find useful material here.’ Magistra ’... the volume is to be praised for its effort at representing Europe at large rather than the more studied Spain or Italy (even more so since the conference which led to the book focused particularly on Italy). ...it is an informative read for scholars interested in early modern European monasticism, with some articles offering fresh perspectives and novel arguments on heretofore little studied aspects of female monastic life.’ H-WRBI: Historians of Women Religious of Britain and Ireland ’This is an excellent collection...’ Catholic Historical Review ’The contributors are to be congratulated on producing what is very accessible work, each making their points clearly and setting their specific topics into the broader themes; it is precisely for this reason that this book should be on the reading lists of all early modern courses looking at women and Catholic religious reform.’ Journal of Ecclesiastical History ’This volume provides a fascinating, scholarly look at a time period in which polemical literature has most frequently supplied stereotypical portraiture of nuns. One can only hope for more such scholarship on women religious and the realities they encountered.’ American Benedictine Review 'Overall, this stimulating collection simultaneously advances our understanding of early modern female monasticism and invites a broader synthesis of its major features.' Sixteenth Century Journal