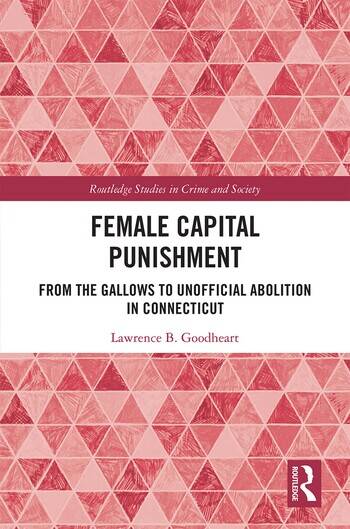 Female Capital Punishment: From the Gallows to Unofficial Abolition in Connecticut

This book systematically investigates the capital punishment of girls and women in one jurisdiction in the United States during nearly four centuries. Using Connecticut as an essential case study, due toits long history as a colony and a state, this study is the first of its kind not only for New England but for the United States. The author uses rich archival sources to look critically at the gendered differential in the application of the death penalty from the seventeenth century until the abolition of capital punishment in Connecticut in 2012.

In addition to analyzing cases of executions, this monograph offers an innovative focus on women and girls who escaped judicial execution with death sentences that were avoided, reversed, reprieved, or commuted. The book fully describes the impact of the rise and fall of witchcraft allegations during the last half of the seventeenth century, the clash between the degradation of slavery and Enlightenment ideals that was the provocation for the de facto end of female capital punishment in the New Republic, the introduction of two degrees of murder that effectively provided an escape hatch from the gallows, and a detailed look at the unique case of Lydia Sherman, whose sentence to life in prison under the Connecticut murder statute of 1846 emphatically confirmed the unofficial state exemption of females from the gallows. Pivotal cases since 1900 are also examined.

3. The Waning of Witchcraft

4. Black Girls and the Gallows

5. The Peril of Bastard Infanticide

Epilogue: From the Gallows to Unofficial Abolition during Four Centuries

Lawrence B. Goodheart is Professor Emeritus of History at the University of Connecticut and is the author or co-editor of eight books.

Female Capital Punishment: From the Gallows to Unofficial Abolition in Connecticut