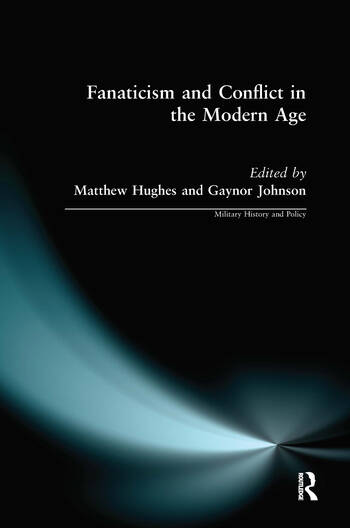 Fanaticism and Conflict in the Modern Age

What is fanaticism? Is the term at all useful? After all, one person's fanatic is another's freedom fighter. This new book probves these key questions of the twenty first century.

It details how throughout history there have been fanatics eager to pursue their religious, political or personal agendas. Fanaticism has fuelled many of the conflicts of the twentieth century, in particular the theatres of combat of the Second World War. More recently, religious fanaticism has bedevilled affairs in the Middle East and elsewhere. Is fanaticism becoming more fanatical in the new millennium?

As the events of 11 September 2001 prove, fanaticism, however it is defined, continues to dominate international affairs. The volume covers the nature and philosophy of fanaticism, the connection between political ideology and fanaticism, and the relationship between fanaticism and war in the contemporary era. To illustrate these themes, the volume presents a broad range of case studies including the Dervishes in the Sudan in the 1890s, fanaticism in the context of the Pacific war, 1937-45, the 12th SS Hitler Jugend Division in action in Normandy in 1944, the German army on the Eastern Front, and terrorism and guerrilla war after 1945.

Matthew Hughes is Senior Lecturer in Military and International History at the University of Salford. Dr Hughes's recent publications include Allenby and British Strategy in the Middle East (London: Frank Cass, 1999), Does Peace Lead to War? Peace Settlements and Conflict in the Modern Age (Stroud: Sutton, 2002) and Allenby in Palestine: the Middle East Correspondence of Field Marshal Viscount Allenby, June 1917-October 1919 (London: Army Records Society 2004).
Gaynor Johnson is Senior Lecturer in History at Bolton Institute. Dr Johnson is a diplomatic and international historian of the twentieth century whose recent publications include: The Berlin Embassy of Lord D'Abernon, 1920-1926 (London: Palgrave Macmillan, 2002) and the editor of Locarno Revisted: European Diplomacy 1920-1929 (London: Frank Cass, 2004), Our Man in Berlin: The Diary of Sir Eric Phipps, 1933-1937 (London: Brasseys, 2004) and The Foreign Office and British Diplomacy in the Twentieth Century (London: Frank Cass, 2004).

Fanaticism and Conflict in the Modern Age