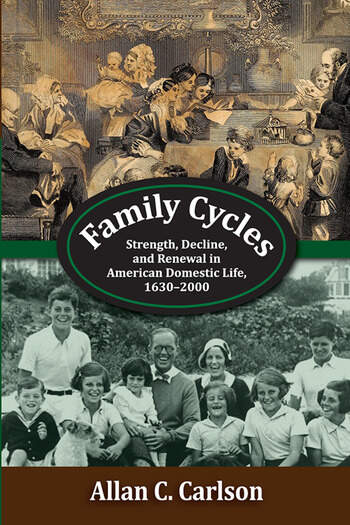 The author shows that these cycles of strength and weakness have occurred, until recently, in remarkably consistent fifty-year swings in the United States since colonial times. The book's chapters are organized around these 50-year time frames. There have been four family cycles of strength and decline since 1630, each one lasting about one hundred years. The author argues that fluctuations within this cyclical model derive from intellectual, economic, cultural, and religious influences, which he explores in detail, and supports with considerable evidence.