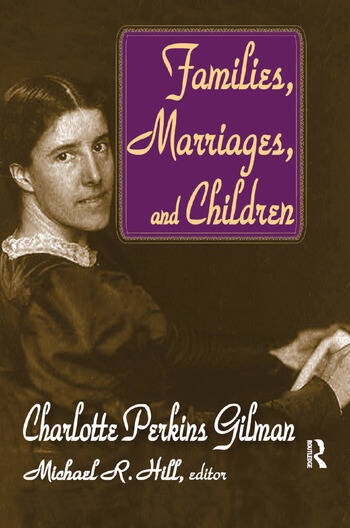 Charlotte Perkins Gilman (1860-1935) was a pioneering sociologist, feminist pragmatist, author, and lecturer. A skilled and perceptive writer, she explained sociological concepts and principles clearly and concisely to popular audiences. This volume presents a focused and provocative set of Gilman's penetrating analyses of marriage, motherhood, and family relationships. Generally unavailable, except in archives and special libraries, the lion's share of the analyses are drawn directly from Gilman's quintessentially unique self-published journal, The Forerunner.

Largely self-taught, Gilman supported herself through writing and lecturing. She was at one time a settlement house leader and an active member of the American Sociological Society. Her wide sociological circle included lasting friendships with Jane Addams, Edward A. Ross, and Lester F. Ward.