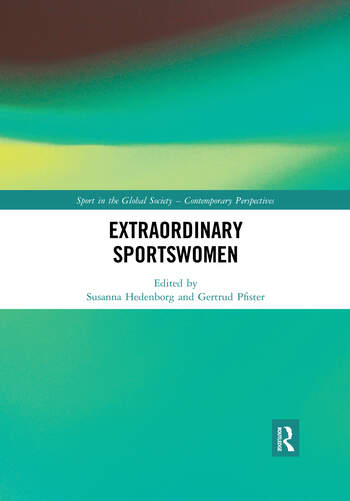 As in many other fields, in sports too, women were latecomers and considered as the ‘other sex’ – at least until the twenty-first century. When sport developed in its modern forms towards the second half of the nineteenth century, women were (and to a certain degree still are) considered too weak to participate in strenuous physical activities, and were thus excluded from various sports, competitions and events. Although they gradually gained access to all sports, competitive sport was – and is still today – one of the few areas in modern societies with strict gender segregation: in most sports, men do not compete against women and playing sport is always ‘doing gender’. Yet, in many epochs and in many regions of the world, there were female ‘rebels’ who did not comply with the ideals, norms and rules that contributed to women’s marginalization. Who were these women, what were their aims and motivations, which strategies did they apply and how did they fight and win their battles against the gender order of their time?

The chapters were originally published as a special issue of Sport in Society.

1. The shady past of female boxers – what case studies in the USA reveal

2. Christl Cranz, Germany’s ski icon of the 1930s: the Nazis’ image of the ideal German woman?

4. Ewy Rosqvist, rally queen: gender, identity and car racing at the beginning of the 1960s

6. ‘It’s not how you look; it’s what you do.’ Western Canadian Barrel Racers, Rodeo Legitimacy and Femininity