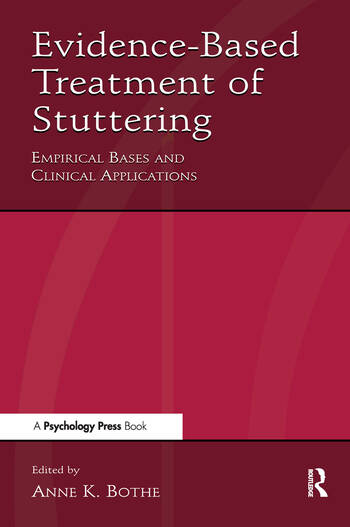 This book is the result of a "State-of-the-Art-Conference" held at the University of Georgia dedicated to the evidence-based treatment of stuttering. An international group of prominent fluency researchers and clinicians were invited to present and discuss current data and issues related to the treatment of stuttering. The topic was defined to include evidence about stuttering, evidence about stuttering treatment, and discussions of how that evidence should guide the continuing research and practice. The explicit link between empirical evidence and suggestions for clinical practice is the goal of the book.


These chapters are intended to provide "state-of-the-art" information to researchers, clinicians, and students who are interested in developing, identifying, or using the best possible evidence-based treatments for stuttering.

"This book helps to begin the conversation regarding evidence-based practice in the treatment of stuttering, a conversation that continues to this day. It should be in the libraries of universities that have programs in Communication Sciences and Disorders."