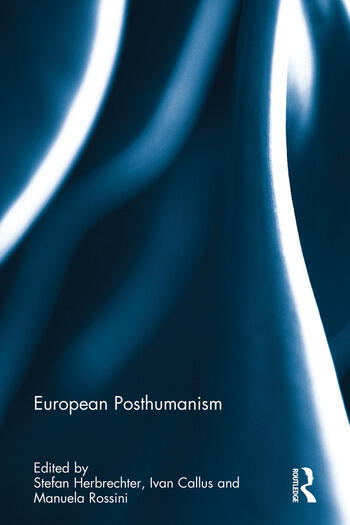 In literary studies and beyond, ‘theory’ and its aftermaths have arguably been over-influenced by US- and UK-based institutions, publishers, journals, and academics. Yet the influence of theory in its Anglo-American forms has remained reliant on Continental European ideas. Similar patterns can be discerned within the latest theoretical paradigm – posthumanism. European ideas influence posthumanism’s challenge to established understandings of humanism, anthropomorphism, and anthropocentrism, which is characterised by the increased urgency and proliferation of questions such as ‘What does it mean to be human?’ and ‘What is the relationship between humans and their nonhuman others (machines, animals, plants, the inorganic, gods, systems, and various figures of liminality, from ghosts to angels, from cyborgs to zombies)?’

examines the histories and geographies of posthumanism and looks at the genealogies which have been at work in the rise of posthumanist thought and culture. This book was originally published as a special issue of the European Journal of English Studies.

2. Human Without Qualities: Or, can Alan Turing help us to acknowledge androids? Yves Abrioux

3. Telefoam: Species on the shores of Cixous and Derrida Lynn Turner

4. Towards a Posthumanist Ecology: Nature without humanity in Wordsworth and Shelley Emmanouil Aretoulakis

5. Meaning without subject: ‘Melanctha’ and the relation of communication to the human mind Cristina Iuli

6. In Search of a Lost Future: The Posthuman Child Kinga Földváry

Stefan Herbrechter is a freelance academic; a research fellow at Coventry University, UK; and Privatdozent at Heidelberg University, Germany.

is Associate Professor of English at the University of Malta.

is an independent academic, and an associated researcher in the Department of English at the University of Basel, Switzerland.