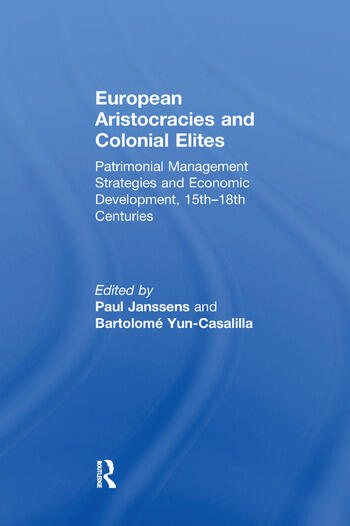 'Aristocracies', 'Old Regime colonial elites' - from Adam Smith to Karl Marx and beyond, scholars have discussed their role in the rise of the modern world, in economic development and capitalism. Generally speaking and with the exception of the English landlords, the verdict has been always negative. Furthermore, historians have usually viewed the Ancien régime aristocracies and colonial elites as social groups with entirely irrational or completely apathetic attitudes towards the management of their estates. This book constitutes the first attempt to analyse the question in a more critical and historical way. It takes a directly comparative approach, covering countries from Peru to Russia and from Naples to England in the early modern period and up to the end of the 18th century. The rationale of how these elites administered their patrimonies, its political, social and sometime moral dimensions, and the real effects of all this on economic development are considered here as key aspects for a better understanding of economic life. The result is a quite different picture in which economic history is also seen as the outcome of human actions in their own social and political context.

'... [a] magnificent collection of essays written by experts in the field'. EH.Net Book Reviews