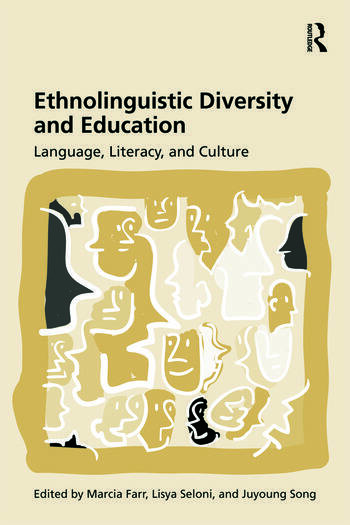 In recent decades, the linguistic and cultural diversity of school populations in the United States and other industrialized countries has rapidly increased along with globalization processes. At the same time, schooling as it is currently constituted continues to be ineffective for large numbers of students. Exploring crucial issues that emerge at the intersection of linguistic diversity and education, this volume:

Throughout, the authors argue for the application of research-based knowledge to the dire situation (as measured by school failure and drop-out rates) of many ethnolinguistic populations in US schools. The overall aim of the volume is to heighten acknowledgement and recognition of the linguistic and cultural resources students bring into the schools and to explore ways in which these resources can be used to extend the sociolinguistic repertoires, including academic English, of all students.

Part I: Ethnolinguistic Diversity in the United States

11: From Outside Agitators to Inside Implementers: Improving the Literacy Education of Vernacular and Creole Speakers, Angela E Rickford & John R. Rickford

Marcia Farr is Professor of Education and English at the Ohio State University and Professor Emerita of English and Linguistics at the University of Illinois at Chicago.

Lisya Seloni is Assistant Professor of English in the Composition and TESOL graduate program at Indiana University of Pennsylvania.

Juyoung Song is Assistant Professor in the department of English and Philosophy at Murray State University.