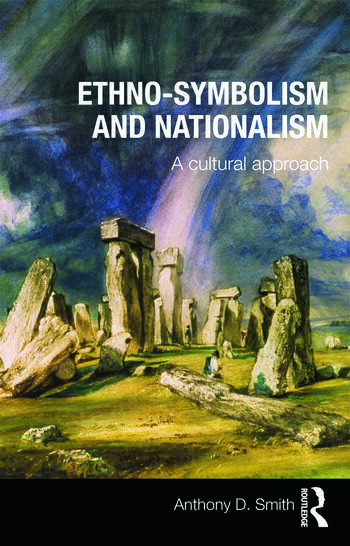 Ethno-symbolism and Nationalism: A Cultural Approach

Anthony D. Smith is Emeritus Professor of Nationalism and Ethnicity at the London School of Economics, and is considered one of the founders of the interdisciplinary field of nationalism studies. Anthony Smith has developed an approach to the study of nations and nationalism called ethno-symbolism, which is concerned with the nature of ethnic groups and nations, and the need to consider their symbolic dimensions.

Drawing together and developing earlier brief resumes of Anthony Smith’s approach, this book represents a summary of the theoretical aspects of his work in the field since l986. It will be useful to students and to all those who are interested in the issues raised by a study of ethnicity, nations and nationalism.

Anthony D. Smith is Emeritus Professor of Nationalism and Ethnicity at the L.S.E., President of the Association for the Study of Ethnicity and Nationalism (ASEN) and Chief Editor of the journal Nations and Nationalism. He is the author of 16 books and over 100 articles and chapters on nations, nationalism and ethnicity, and his books have been translated into 21 languages.

'For more than four decades Anthony Smith has been intensely and productively investigating the nature, wellsprings, and ramifications of nationalism. This excellent and concise distillation of his principal findings and conclusions will prove of immense value to anyone interested in this most consequential phenomenon.'

'Written with the clarity, sensitivity, and analytical nuance that have become hallmarks of Anthony Smith's scholarship, this book presents a masterful distillation of the ethno-symbolist interpretation of nationalism--a school of thought that counts the author as its most influential founding father. In crisp and succinct prose, it presents a fair and balanced overview of the theoretical thrust-and-parry in the field of nationalism studies, while articulating a compelling defense of the ethno-symbolist approach against the attacks of its critics.'

'Anthony Smith has provided us with a conceptually powerful, clearly written statement of his life’s work devoted to the study of nationalism. By doing so, we have a compelling clarification of the nation as a historical community of culture. Thus, to view this book as merely a concise statement of the ethno-symbolic approach to the study of nations and nationalism is to fail to appreciate its significance; rather, it is a most convincing analysis of these crucially important phenomena—a book that must be read by all those who wish to understand these powerful factors that have shaped and are shaping our destiny.'

Ethno-symbolism and Nationalism: A Cultural Approach