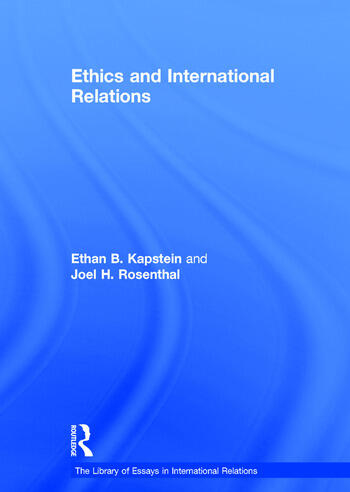 This volume offers a new dimension to realist theories about world politics. It questions both the theoretical and empirical foundations of much of traditional realist thought by offering realist-oriented analyses that emphasize the possibilities of cooperation and accommodation through agreement over common motivations and concerns. The articles in this volume demonstrate that moral considerations can and do play a significant role in shaping state behavior and that despair about the possibility of improving the systems and institutions within which we live is unwarranted. Specific points of normative convergence are raised in some detail, especially on issues of war, membership and authority, humanitarian concern and the social consequences of globalization. Three ethical concepts form the core of the 'realism reconsidered' argued for here, namely, the ideas of pluralism, rights and fairness.

Ethan B. Kapstein is Professor of Economics and Political Science at INSEAD, France. Dr Joel H. Rosenthal is President of the Carnegie Council for Ethics in International Affairs, New York City, USA.