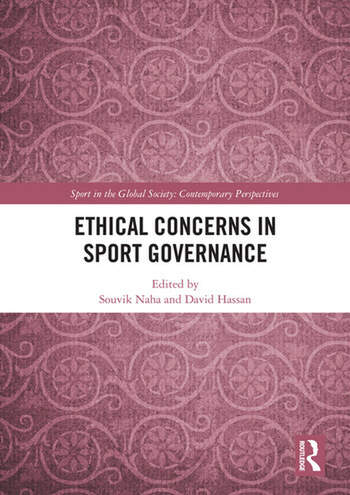 Sport governance no longer stirs public opinion only when scandals surface; it has become a persistent concern for a number of stakeholders, such as the media, sport followers, and corporates that produce and sponsor sport. Contemporary sport governance is characterised by tension between sport’s potential for commercial benefit on the one hand and moral education and social development on the other. The perceived incompatibility of these two aspects has led to intense conversations in the media, administrative circles, and the public sphere about the need for ethics to be the key element of governance. The chapters in this volume explore the contemporary forms of governance that is structured by sport’s extensive transnational networks, shifts in what the stakeholders mentioned above understand by ‘ethics’, and the emergence of new stakeholders. They identify as the two major directions of contemporary sport governance the growing significance of the non-West, especially in relation to event hosting, and the need for controlling the behaviour of emergent interest groups. The latter is a complex constellation of athletes, officials, supporters, lawyers, and politicians who share power and collectively determine corporate and non-profit governance, legal aspects, and regulatory mechanisms from within their subjective locations.

The chapters in this book were originally published in a special issue in Sport in Society.

1. Beyond governance: the need to improve the regulation of international sport

2. Sport and politics in a complex age

3. Sport mega-events, the ‘non-West’ and the ethics of event hosting

4. Gulf autocrats and sports corruption: a marriage made in heaven

5. Towards responsible policy-making in international sport: reforming the medical-scientific commissions

6. Canada 2015: perceptions and experiences of the organisation and governance of the Women’s World Cup

7. ‘Trust me I am a Football Agent’. The discursive practices of the players’ agents in (un)professional football

Souvik Naha is a Guest Lecturer in History at West Bengal State University, Kolkota, India. He has edited Global and Transnational Sport: Ambiguous Border, Connected Domains (2018) and, with Kausik Bandyopadhyay and Shakya Mitra, FIFA World Cup and Beyond: Sport, Culture, Media and Governance (2018). He is the editor of Soccer & Society.

David Hassan has published 15 books and 175 other research outputs. He was awarded a Distinguished Research Fellowship from Ulster University, UK, in recognition of his outstanding contribution to research. He has held several leadership roles at the University, including Head of School, Head of Research Graduate School, Provost of the Belfast and Jordanstown campuses, and Associate Dean of the Faculty of Life and Health Sciences (Global Engagement).