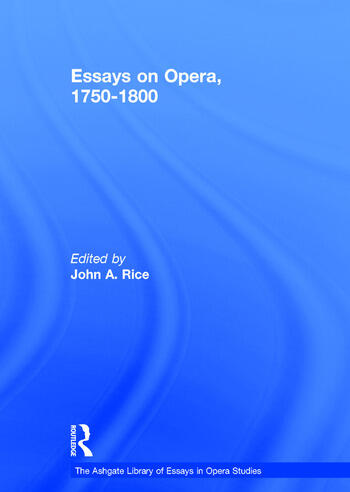 The study of opera in the second half of the eighteenth century has flourished during the last several decades, and our knowledge of the operas written during that period and of their aesthetic, social, and political context has vastly increased. This volume explores opera and operatic life of the years 1750-1800 through a selection of articles intended to represent the last few decades of scholarship in all its excitement and variety.

'...there is much here to stimulate and enhance the enjoyment of the thoughtful opera-goer, while at the same time there is much food for thought for performers, and above all producers...' Opera