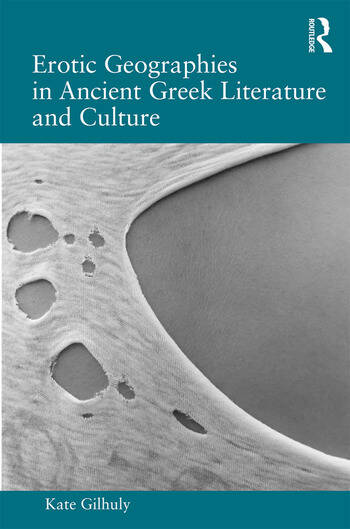 Erotic Geographies in Ancient Greek Literature and Culture addresses the following question: how does a place "get a reputation?" The Athenians associated sexual behaviors with particular places and their inhabitants, and this book decodes the meaning of the sexualization of place and traces the repercussions of these projections. Focusing on Corinth, Sparta, and Lesbos, each section starts from the fact that there were comic joke words that made a verb out of a place name to communicate a sexual slur. Corinth was thought of as a hotbed of prostitution; Sparta was perceived as a hyper-masculine culture that made femininity a problem; Lesbos had varying historically determined connotations, but was always associated with uninhibited and adventurous sexuality. The cultural beliefs encoded in these sexualized stereotypes are unpacked.

Introduction: The Erotics of Place

Chapter 1: Corinth, Courtesans and the Politics of Place

Chapter 5: Lesbians are Not from Lesbos

Chapter 6: Lesbos and the Invention of Heterosexuality in Longus’ Daphnis and Chloe

Kate Gilhuly is Associate Professor of Classical Studies at Wellesley College, USA. She is author of The Feminine Matrix of Sex and Gender in Ancient Greece (2009) and the co-editor of Space, Place, and Landscape in Ancient Greek Literature and Culture (2014). She began her research on cultural geography while at the Radcliffe Institute for Advanced Study at Harvard University.