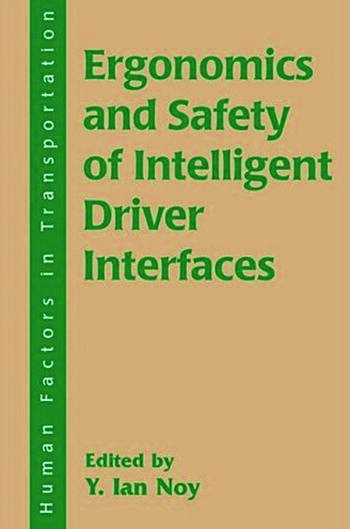 Even to the casual observer of the automotive industry, it is clear that driving in the 21st century will be radically different from driving as we know it today. Significant advances in diverse technologies such as digital maps, communication links, processors, image processing, chipcards, traffic management, and vehicle positioning and tracking, are enabling extensive development of intelligent transport systems (ITS). Proponents of ITS view these technologies as freeing designers to re-define the role and function of transport in society and to address the urgent problems of congestion, pollution, and safety. Critics, on the other hand, worry that ITS may prove too complex, too demanding, and too distracting for users, leading to loss of skill, increased incidence of human error, and greater risk of accidents.

The role of human factors is widely acknowledged to be critical to the successful implementation of such technologies. However, too little research is directed toward advancing the science of human-ITS interaction, and too little is published which is useful to system designers. This book is an attempt to fill this critical gap. It focuses on the intelligent driver interface (IDI) because the ergonomics of IDI design will influence safety and usability perhaps more than the technologies which underlie it.

The chapters cover a broad range of topics, from cognitive considerations in the design of navigation and route guidance, to issues associated with collision warning systems, to monitoring driver fatigue. The chapters also differ in intent -- some provide design recommendations while others describe research findings or new approaches for IDI research and development. Based in part on papers presented at a symposium on the ergonomics of in-vehicle human systems held under the auspices of the 12th Congress of the International Ergonomics Association, the book provides an international perspective on related topics through inclusion of important contributions from Europe, North America, and Japan.

Many of the chapters discuss issues associated with navigation and route guidance because such systems are the most salient and arguably the most complex examples of IDI. However, the findings and research methodologies are relevant to other systems as well, making this book of interest to a wide audience of researchers, design engineers, transportation authorities, and academicians involved with the development or implementation of ITS.

"...an important collection....the work as a whole portrays the variety and complexity of issues involved in the application of user-centered design to the development of ITS products and services....leaves the reader with a general understanding of the importance of user-centered design. For this alone, it is a work that needs to be read by the ITS community."
—Journal of the American Society for Information Science

"...can serve as an introduction to the many different automatic navigation devices, off-road information systems, safety equipment, driver-vehicle interfaces, and a host of related ergonomic issues....the diligent reader will be rewarded with many interesting nuggets of information--and behavioral researchers prospecting for new topics of investigation will discover much rich ore."
—Contemporary Psychology

"The chapters are clear, well-written, and informative. The book would be a handy collection of current papers for system designers and researchers interested in intelligent in-vehicle systems."
—Transportation Human Factors