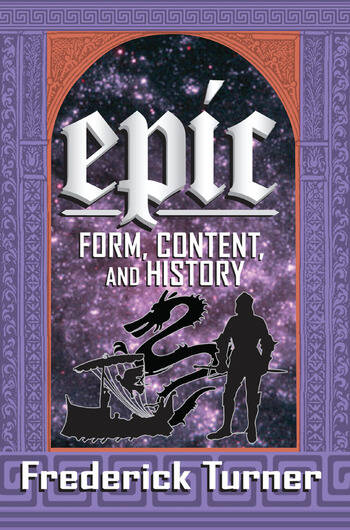 Epic does many things. Among others, it defines the nature of the human storyteller; recalls the creation of the world and of the human race; describes the paradoxical role of the hero as both the Everyman and the radical exception; and establishes the complex quest underlying all human action. Epic illustrates that these ingredients of epic storytelling are universal cultural elements, in existence across multiple remote geographical locations, historical eras, ethnic and linguistic groups, and levels of technological and economic development.

Frederick Turner argues that epic, despite being scoffed at and neglected for over sixty years, is the most fundamental and important of all literary forms and thereby deserves serious critical attention. It is the source and originof all other literature, the frame within which any story is possible. The mission of this book is to repair gaps in the literary understanding of epic studies and offer permission to future epic writers and composers.

The cultural genres of Marvel Comics, gothic, anime, manga, multi-user dungeon gaming, and superhero movies reprise all the epic themes and motifs. Consider The Wizard of Oz, Star Wars, The Lord of the Rings, Lost, The Matrix, Superman, Harry Potter, and Narnia. Here can be found the epic beast-man, the miraculous birth of the hero, the creation myth, the founding of the city, the quest journey, the descent into the land of the dead, the monsters, and the trickster. This book will be of interest to all readers fascinated by folklore, oral tradition, religious studies, anthropology, mythology, and enthusiastic about literature in general.