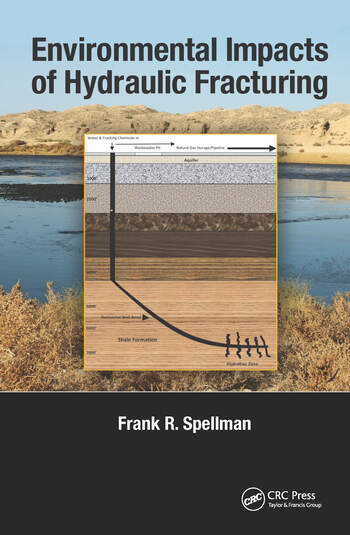 There is a strong need for innovation and the development of viable renewable energy sources. Recent technological advances now allow natural gas supplies—previously believed inaccessible or nonexistent—to be discovered, mined, and processed for both industrial and consumer use. The technology, a controversial process that is alternatively called hydraulic fracturing, fracking, fracing, or hydrofracking, has greatly expanded natural gas production in the United States. Presenting a balanced discussion, Environmental Impacts of Hydraulic Fracturing is a comprehensive guide to all aspects of hydraulic fracturing used to extract natural gas, along with gas exploration and production in various shale fields.

As the use of hydraulic fracturing has grown, concerns about its environmental and public health impacts have also increased—one of the most significant concerns being the fluids that are injected into rock formations to cause the fracturing contain potentially hazardous chemical additives. The book covers all facets of the issue, including ongoing controversies about the environmental and operator safety issues arising from possible water pollution, drinking water contamination, on-the-job safety hazards, and harmful chemical exposure to workers and residents near well areas.

"… a comprehensive guide to every aspect of the process of hydraulic fracturing used to extract shale gas (natural gas) from shale formations, along with gas exploration and production from various shale formations/reservoirs. The text is not biased toward any particular aspect of the process, but is presented as a balanced and objective approach. The book is an easy-to-read text and will make an excellent reference book. … a worthy addition to the bookshelves of anyone with an interest in the concepts and effects of hydraulic fracturing.
–James Speight, Petroleum Science and Technology, 2013