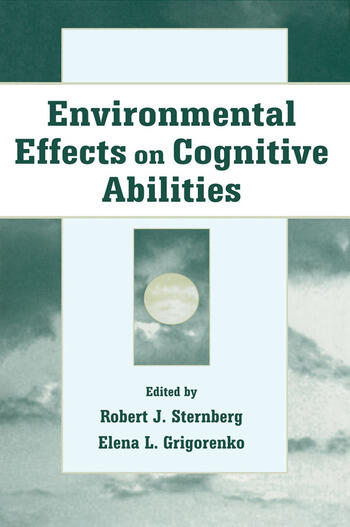 It sometimes seems that it is difficult to pick up a current newspaper or a magazine without it containing a story about some behavioral characteristic for which it has been found that a gene is responsible. Even aspects of behavior that one would feel certain are environmentally controlled are now being attributed in part to the effects of the genes. But genes never act alone: Their effects are always filtered through the environment.

The goal of this volume is to discuss how the environment influences the development and the maintenance of cognitive abilities. It is a successor to the editors' 1997 volume, Intelligence, Heredity, and Environment, and a companion to their new volume, Family Environment and Intellectual Functioning: A Life-Span Perspective. Taken together, the two-volume set comprises the most comprehensive existing work on the relation between the environment and cognitive abilities.

Psychologists, parents, social workers, educators, and employers are all likely to find this book of interest.