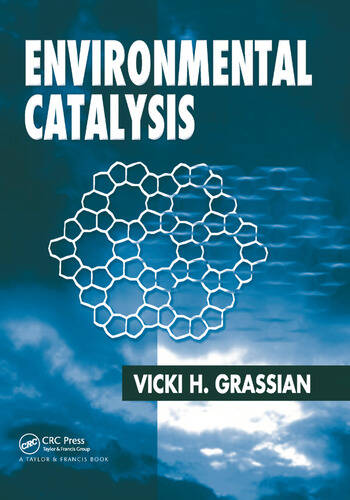 The study of environmental interfaces and environmental catalysis is central to finding more effective solutions to air pollution and in understanding of how pollution impacts the natural environment. Encompassing concepts, techniques, and methods, Environmental Catalysis provides a mix of theory, computation, analysis, and synthesis to support the latest applications in biocatalysis, green chemistry, environmental remediation and our understanding of the interaction of pollutants with natural systems.

The book focuses on several aspects of environmental catalysis. Surface catalysis of airborne particles - including ice, trace atmospheric gases, aerosolized soot nanoparticles, and mineral dust surfaces - as well as particles in contact with ground water and their role in surface adsorption, surface catalysis, hydrolysis, dissolution, precipitation, oxidation and ozone decomposition is explored. It continues by presenting catalysis as the key technology for treating emissions and reducing waste by-products. The authors review the theory behind catalytic converters and discuss the effectiveness of several catalysts, including zeolites and nanoparticles, in treating emissions, aromatic hydrocarbons, and chemical warfare agents. They also survey the use of biocatalysis in environmental remediation, and industrial processes, particularly in the production of transportation fuels, fine chemicals, and pharmaceuticals. Then the authors explain how enzymes can remove chlorinated organics and metals and how microbes can metabolize toxic chemicals from groundwater. Lastly, they discuss the principles of green chemistry, including the use of environmentally benign solvents, biphasic catalysts, and other alternative solvents to recover and recycle catalysts based on heavy metals.

With increasing ground water pollution, increasing particulates in the atmosphere, and the increasing need to remove pollutants from industrial and automotive sources, Environmental Catal