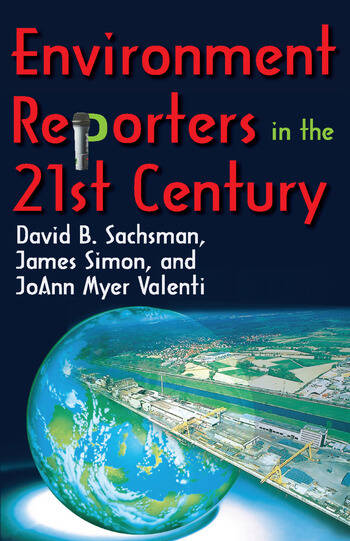 Environment Reporters in the 21st Century

Environment Reporters in the 21st Century is the story of a relatively new journalistic beat, environmental reporting. This book explores the development of the environmental beat as a specialty during the last thirty years. It also discusses broader trends within American journalism resulting from technological changes that challenge traditional mediums, especially newspapers and magazines.

The book is divided into three parts. The first reviews the literature and explains the methodology. The second describes the results of the authors' research. The third provides in-depth accounts of environment reporters at work. A final chapter puts the research in historical perspective, viewing it in terms of the economic decline of the newspaper business and of local television news.

Part II: The Environment Reporters of the 21st Century

Environment Reporters in the 21st Century