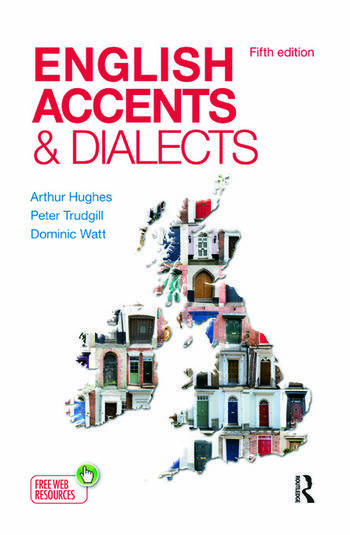 English Accents and Dialects: An Introduction to Social and Regional Varieties of English in the British Isles, Fifth Edition

English Accents and Dialects is an essential guide to contemporary social and regional varieties of English spoken in the British Isles today. Together with invaluable overviews of numerous regional accents and dialects, this fifth edition provides a detailed description of key features of Received Pronounciation (RP) as well as several major non-standard varieties of English.

This combination of reference manual and practical guide makes this fifth edition of English Accents and Dialects a highly useful resource providing a comprehensive and contemporary coverage of speech in the UK and Ireland today.

DOMINIC WATT is Senior Lecturer in Forensic Speech Science at the University of York, UK.

ARTHUR HUGHES taught Applied Linguistics at the University of Reading for 25 years, setting up and directing the Testing and Evaluation Unit. On sabbatical from Reading, he directed English language testing projects at Bosphorus University, Istanbul (1982-84) and in the Ministry of Secondary Education, Morocco (1992-93). He was joint founder-editor of the international journal Language Testing, has published widely in the field of testing and has carried out consultancies in the UK and in several countries overseas. His book, Testing for Language Teachers, now in its second edition, was first published in 1989 and continues to be a bestseller. Though now retired, Arthur continues to write and act as a consultant.

English Accents and Dialects: An Introduction to Social and Regional Varieties of English in the British Isles, Fifth Edition