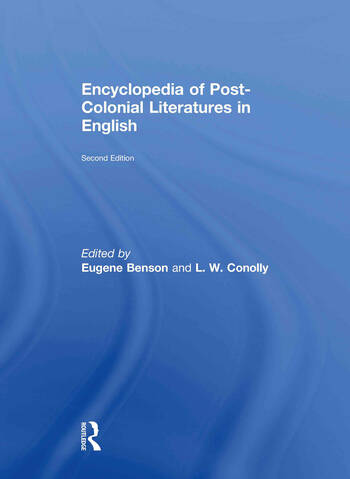 Encyclopedia of Post-Colonial Literatures in English

Post-Colonial Literatures in English, together with English Literature and American Literature, form one of the three major groupings of literature in English, and, as such, are widely studied around the world. Their significance derives from the richness and variety of experience which they reflect. In three volumes, this Encyclopedia documents the history and development of this body of work and includes original research relating to the literatures of some 50 countries and territories. In more than 1,600 entries written by more than 600 internationally recognized scholars, it explores the effect of the colonial and post-colonial experience on literatures in English worldwide.

Encyclopedia of Post-Colonial Literatures in English