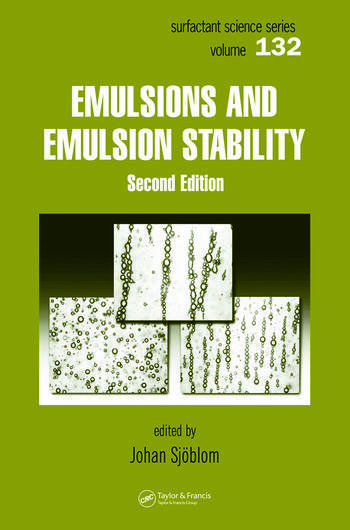 Emulsions and Emulsion Stability, Second Edition provides comprehensive coverage of both theoretical and practical aspects of emulsions. The book presents fundamental concepts and processes in emulsified systems, such as flocculation, coalescence, stability, precipitation, deposition, and the evolution of droplet size distribution.

The book explains how to predict emulsion stability and determine droplet sizes in a variety of emulsion systems. It discusses spontaneous emulsification and the formation of “nanoemulsions” as well as droplet-droplet interactions in different electrical fields (electrocoalescence), and the formulation, composition, and preparation variables that contribute to the inversion in emulsion systems. Several chapters emphasize applications such as emulsification encountered in oil spills, asphalt, chemical flooding, acid crude oils, and large-scale industrial wastewater treatment. The survey of experimental characterization methods highlights the importance of thin liquid films in colloidal systems and assesses different NMR applications, ultrasound characterization, video microscopy, and other on-line instrumentation. The last chapter in the book deals with obtaining conductivity measurements as an alternative to online instrumentation.

Completely revised and expanded, this second edition of Emulsions and Emulsion Stability offers a well-rounded collection of knowledge that is applicable to all academic and industrial scientists and researchers in the fields of surfactant and emulsion science.

“This new edition contains a wealth of information and insights regarding emulsions, including experimental and theoretical, fundamental and practical aspects. The authors are leading scientists in the field of emulsions. … The book includes about 1400 references and a subject index.”
—Arthur Hubbard, in Journal of Colloid and Interface Science, 2006
“This book is a revised and expanded version of the first edition. … full of interesting chapters by experts from a wide variety of backgrounds, in industry and academia. It will be valuable to those working in the pharmaceutical sciences, principally because of its strong theoretical base. The book is extensively referenced and should be a port of call for postgraduates and researchers working in two-phase systems.”
—A. T. Florence, United Kingdom, in International Journal of Pharmaceutics, 2007
“Nineteen chapters describe fundamentals aspects of emulsification and related issues, including environmental practicalities. On the whole, this is a well-conceived and presented book. The editor has balanced the different elements of this research area in a thoughtful manner, and each chapter makes a full contribution to the overall collection. … This book should therefore appeal to a wide range of readership – it embraces both the fundamental and technological aspects of emulsions, presented from theoretical and experimental viewpoints, in a clear and concise manner.  ”
— Peter Griffins, Chemist Department, Cardiff University, UK, in Chemistry & Industry, Issue 11, June 2007 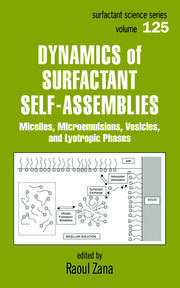 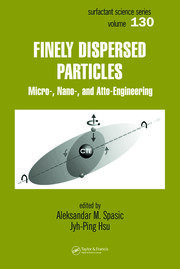 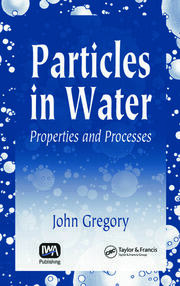 Particles in Water: Properties and Processes