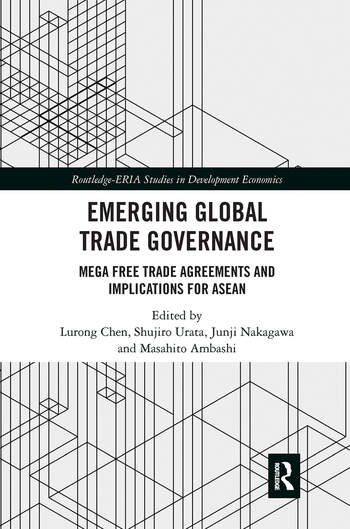 Mega free trade agreements (FTAs) are being formed to fill the gap created by new developments in global governance and are reshaping the world economic order. The Trans-Pacific Partnership (TPP) agreement is one of such 21st century FTAs.

This book highlights three trade-related issues covered by the TPP that greatly concern emerging countries – investment, intellectual property rights (IPR), and state-owned enterprises (SOEs). It contains rigorous economic, legal, and political analyses on the final text of the agreement, combined with country-specific policy discussions focusing on Indonesia, the Philippines, Thailand, and Viet Nam, giving readers insights on the establishment of global rules and regulations for 21st century trade. The book also outlines the requirements for emerging Asian countries to better formulate trade policies in the new era of international trade and promote regional integration in ASEAN and East Asia.

Part I: Rules and Regulations on Investment

2. The Investment Chapter of the Trans-Pacific Partnership and Indonesia (Riza Noer Arfani)

Lurong Chen is an Economist at the Economic Research Institute for ASEAN and East Asia (ERIA). He obtained his PhD in International Economics from the Graduate Institute of International and Development Studies, Geneva.

is an Economist at the Economic Research Institute for ASEAN and East Asia (ERIA). He received his PhD in Economics from the University of Essex.