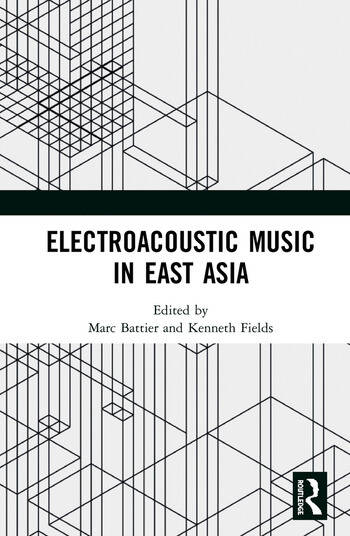 This book illuminates the development of electronic and computer music in East Asia, presented by authors from these countries and territories (China, Japan, Korea, and Taiwan).

The scholars bring forward the cultural complexities and conflicts involved in their diverse encounters with new music technology and modern aesthetics. How electronic music attracted the interest of composers from East Asia is quite varied – while composers and artists in Japan delved into new sounds and music techniques and fostered electronic music quite early on; political, sociological, and artistic conditions pre-empted the adoption of electronic music techniques in China until the last two decades of the twentieth century. Korean and Taiwanese perspectives contribute to this rare opportunity to re-examine, under a radically different set of cultural preconditions, the sweeping musical transformation that similarly consumed the West. Special light is shed on prominent composers, such as Sukhi Kang, Toshiro Mayuzumi, Toru Takemitsu, and Xiaofu Zhang. Recent trends and new directions which are observed in these countries are also addressed, and the volume shows how the modern fusion of music and technology is triangulated by a depth of culture and other social forces.

This book was originally published as a special issue of Contemporary Music Review.

2. Sneezing Toward the Sun: The Human Voice in the Musique concrète of Toru Takemitsu

9. The Power of Arterial Language in Constructing a Musical Vocabulary of One’s Own: Inheriting the Inspiration and Gene of Innovation in Electroacoustic Music from Chinese Culture

11. Exploration and Innovation, the Chinese Model of the Musicacoustica-Beijing Festival

12. Taiwanese Women Composers of Mixed Music with Their Cultural Heritage

Marc Battier is a composer. He is Professor of Computer Music at Shenzhen University, China, and Emeritus Professor of Musicology at Sorbonne University, France. He is cofounder of the Electroacoustic Music Studies Network and founder of the Electroacoustic Music Studies Asia Network. He is also a founding member of the International Computer Music Association, honorary editor of Leonardo, and he is on the editorial board of Organised Sound and the Malaysian Music Journal.

Kenneth Fields is Professor of Computer Music at the Central Conservatory of Music, China, and Adjunct Professor in Multimedia Arts and Technology at the University of California at Santa Barbara, USA. He is the founder and CEO of Artsmesh (Networked Music Software), and the Director of the Global Center of Advanced Studies - Santa Barbara (Phonosophy). He is also on the editorial board of Organised Sound.