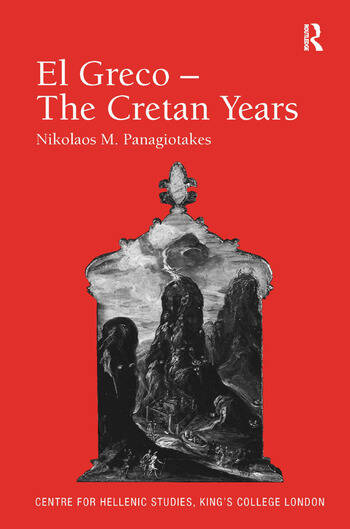 Exploring all the available sources, this study, which until now was only available in Greek, presents us with an account of El Greco's life up to the time he left Crete for Italy in 1567 at the age of twenty-six, already an accomplished professional painter. Nikolaos Panagiotakes provides a thorough assessment of earlier research on Crete of the 16th century then goes on to present new conclusions on the life of El Greco deriving from the author's firsthand reading of Venetian archive material, including questions relating to his birthplace, family, name, religious affiliation, and apprenticeship as a painter. The evidence indicates that El Greco was an established professional 'master painter' earlier than had previously been thought and also that he had a family before leaving Crete, thus perhaps explaining why he did not later marry JerÃ³nima de las Cuevas, with whom he had a son in Toledo. This work marks a valuable contribution to El Greco scholarship, particularly in its thoroughly substantiated assessment of the evidence regarding the formative years in the life of El Greco, one of the greatest of all European artists.

Nikolaos M. Panagiotakes (1935-1997) held professorial posts at the Universities of Ioannina and Crete, and during the last eight years of his life was Director of the Istituto Ellenico di Studi Bizantini e Postbizantini in Venice, Italy.

'The first and most obvious contribution of this book is that it comprehensively summarizes all prior scholarship on the problem, not only making available in English what was first published in Greek, but also rereading each and every previously published document, putting them into context in order to extract from them as much information as possible. Second, building on a deep knowledge of every aspect of Cretan economic, social, and intellectual history, Panagiotakes's book offers an exhaustive discussion of such problems as El Greco’s family background, his religious affiliation, and, particularly, his apprenticeship... this elegantly written and translated book unquestionably constitutes an important contribution to one of the most fascinating biographies of the Renaissance.' Sixteenth Century Journal